Research by Aston University has suggested three ways that commuting can be made quicker and safer for passengers. 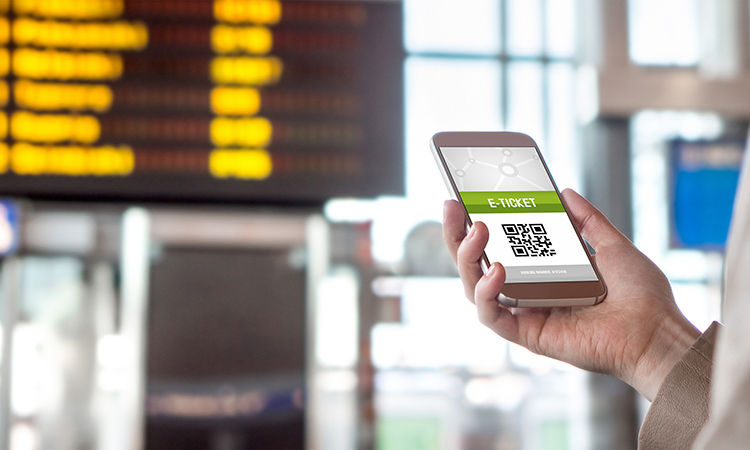 A study has suggested that encouraging rail passengers to buy tickets via their smartphones is one of three changes that could make commuting quicker and safer. The research, conducted by Dr Marin Marinov for Aston University, looked into the rail passenger flow on the concourse of Birmingham New Street railway station prior to and during COVID-19.

The study used an event-based simulation model to examine data on passenger numbers and behaviour from the Office of Rail and Road and other sources. The statistics were used to calculate and make reasonable assumptions and estimates in three scenarios: evening rush-hour travel pre-Covid, pre-Covid travel but with fewer tickets machines working and travel during the epidemic in March 2020.

Not surprisingly, the results show that those passengers who had already bought their train tickets electronically are able to go through the station concourse with minimal queuing times, whereas those without tickets are more likely to be in a queue to buy their tickets in the station.

Based on the results of the study, three recommendations were put forward which could make commuting quicker and safer. The suggestions are made in the paper Rail Transit Analysis of rail passenger flow in a rail station concourse prior to and during COVID-19 pandemic using event-based simulation models and scenarios.

The first suggestion was that rail companies encourage passengers to purchase train tickets on their smartphones rather than at stations’ ticket machines or ticket offices to allow them to make their way towards the platforms in less time. In all three scenarios, there are at least 20 per cent of passengers taking longer than 15 minutes to reach the platform, which the study suggests is caused by blockages in the system such as queues at the ticket machines and ticket offices.

The second suggestion is to remove ticket gates and replace them with sensors which automatically detect passengers through their smartphones. This would help to reduce the passengers’ queuing times in the station, as well as allowing more space for passengers to maintain social distancing in the event of another pandemic. It has previously been suggested that smartphone apps could be developed that link up with the sensors to automatically charge the correct fare, decreasing the overall time spent for passengers in the station.

The final suggestion is to provide one-way flow systems on the main concourse of stations. This would make stations safer by allowing more passenger flow control, minimising the risks of overcrowding. Such a system is already in place at Birmingham New Street station’s Navigation Street concourse.

“Railway passenger stations, especially in urban areas, need to have an effective railway station concourse, as well as good ticket facilities for passengers to use,” Dr Marin Marinov, Lecturer in the College of Engineering and Physical Sciences at Aston University, said. “The majority of passenger rail trips are made by commuters (54 per cent) for work and education, compared to leisure and business purposes which make up 31 per cent and 10 per cent respectively.  “However, the survey shows that commuters are the least likely passenger group to be satisfied with their overall journey from station to train facilities, when compared to leisure and business passengers. Opportunities to improve the crowds’ movement, along with making changes to the ticket facilities to help reduce queues, could have a positive impact on passenger satisfaction ratings, and more importantly, the safety of passengers and other users of train stations.”

The simulation model the study used can be found below. 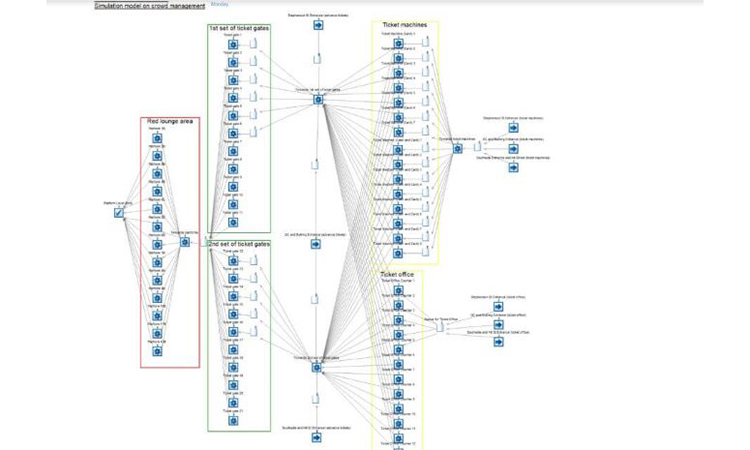