The latest CER Crisis Impact Tracker has shown that, while rail traffic is growing, both passenger and freight volumes and revenue losses are continuing. 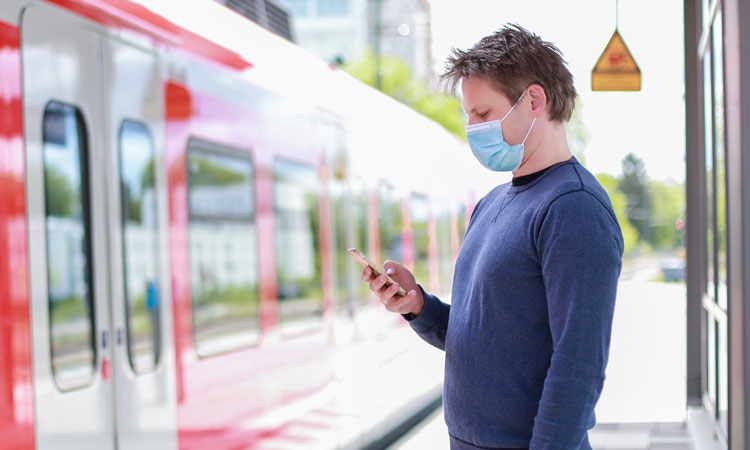 The April 2022 update of the CER Crisis Impact Tracker, carried out by the Community of European Railway and Infrastructure Companies (CER), has shown that while rail traffic is growing, the effects of the COVID-19 crisis can still be seen in railway activity in Europe, with volume and revenue losses continuing.

Following a downturn in both revenue and volume, between October 2021 and January 2022, passenger volumes picked up in February 2022, reaching their highest level in March 2022 since the beginning of the crisis. However, revenues were still down by -20 per cent and volumes by -24 per cent compared to the same period of 2019.

In some countries (particularly in Eastern Europe), while passenger-kilometres increased in March 2022, revenues continued to remain low. This may be linked to the influx of Ukrainian refugees permitted free travel on their migration path towards the West. Railways across Europe have issued more than 3.5 million free tickets to ease these difficult voyages to safety. The European rail community remains committed to expressing its solidarity towards Ukraine and its people and continues to support the ongoing international aid efforts in close cooperation with local, regional, national, and EU-level authorities as well as with fellow rail companies and other transport actors. 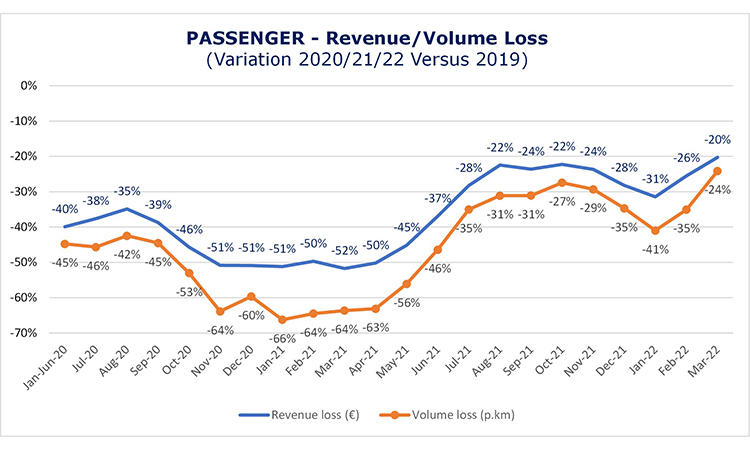 In freight services, although volumes almost reached pre-crisis levels in December 2021, they dropped again in March 2022 to -9 per cent. Revenues however almost stabilised to their pre-crisis level between December 2021 and March 2022. Sustained revenues in a context of decreasing volumes may hide the repercussions of increasing energy costs on final prices (partly to the detriment of operators’ margins).

“While it is encouraging to see that rail traffic is growing, with a strong increase in private long distance rail passenger traffic, commuter services and business travel remain quite low compared to before the COVID-19 crisis,” Alberto Mazzola, Executive Director of CER, said. “Rail companies continue to accumulate losses in these fields and further evolution is important for the provision of public services. At the same time, the European rail community continues to express its solidarity towards the people of Ukraine and to support ongoing international and European aid efforts.” 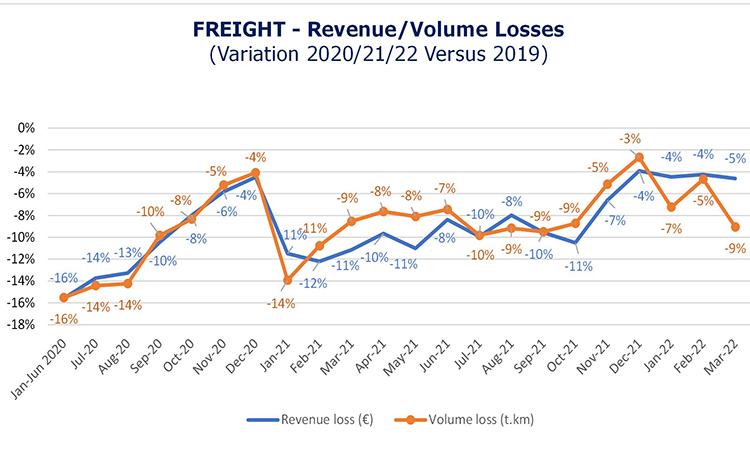 Canadian Pacific recognised as a global leader in sustainability