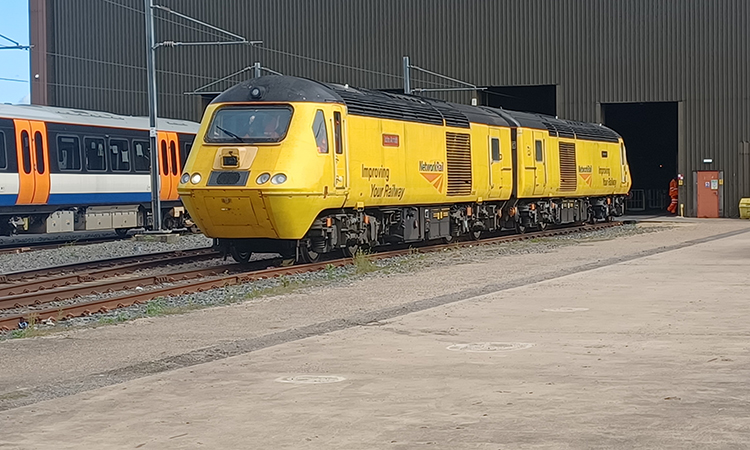 The state-of-the-art European Train Control System (ETCS), compliant to the latest UNISIG baseline (B3R2), has been successfully retrofitted to three of Porterbrook’s Class 43 Power cars, marking a major step forward for the UK Digital Railway Programme. The ETCS in-cab signalling technology is set to transform the railway network, improving performance, reducing delays, enhancing safety, and reducing costs by removing trackside signalling (The inside of the train post installation can be seen in an image below).

Porterbrook, the lead ROSCO for the Class 43 under the National Joint ROSCO Programme, and owner of the three vehicles that have been successfully retrofitted, awarded the contract to carry out the First in Class (FiC) design and fitment project to Thales in 2018.

The Class 43 Power cars that have been fitted and tested are part of Network Rail’s New Measurement Train, which carries out essential infrastructure monitoring work across the whole network. Fitment of ETCS is a priority to enable continued data recording on the East Coast and other areas as the technology is rolled out.

The project is the first time that Thales has fitted the ETCS On-Board System in the UK. Following successful Level 2 Testing at Network Rail’s Melton Rail Innovation & Development Centre (RIDC), preparation is now underway for the units to undergo full testing and reach approval to place into service by the end of 2022.

“The successful testing of Thales ETCS equipment is a major milestone, and we are delighted that the New Measurement Train will continue to operate on the East Coast once conventional signals are removed as we move to ETCS Level 2,” Ben Ackroyd, Chief Operating Officer at Porterbrook, said. “This project is a key part of the rollout of the Digital Railway and my thanks goes to everyone who has played their part in getting us to this important stage.”

“This milestone proves Thales’s capability to modify existing cabs with the new digital in-cab system so they can be ETCS-compatible,” Mark Newill, Head of On-board Portfolio at Thales, said. “The multiple stakeholders involved worked collaboratively to get us to the point where we can trial the system on an operational track.”

The inside of the retrofitted Class 43 Power car can be found below. 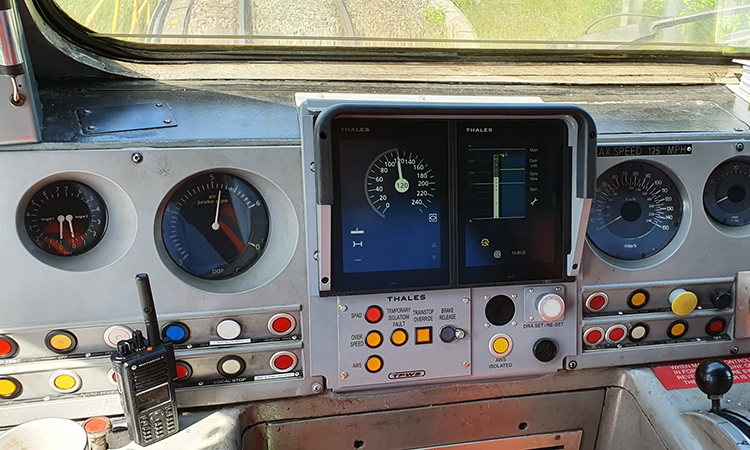