Alstom is developing a project that will explore the possibilities of train automation for rail passenger transport in Germany. 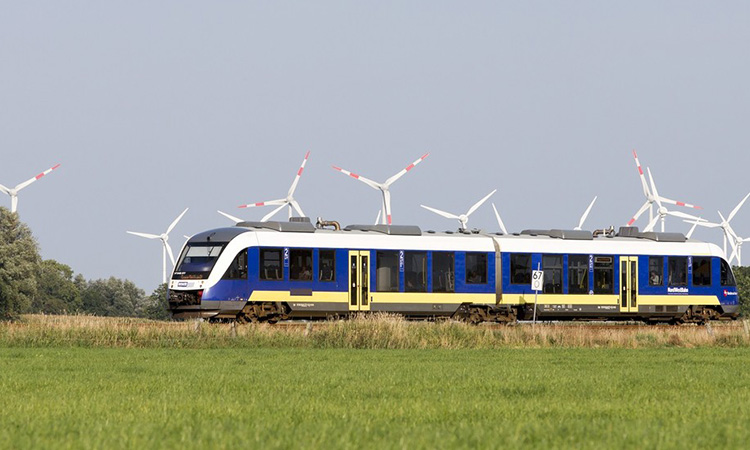 The research project “Automated regional trains in Lower Saxony, Germany” is entering its next phase. Together with the German Aerospace Centre (DLR) and the TU Berlin, Alstom is developing technical solutions to gradually digitise rail passenger transport in Germany. The project will explore the possibilities of automation in regional transport via the European Train Control System (ETCS). The Landesnahverkehrsgesellschaft Niedersachsen (LNVG) supports the project and is providing two regional trains for the tests. Automated driving is being tested on routes in Northern Germany. While the Federal Ministry of Economics and Climate Protection (BMWK) is supporting the automation research project, Lower Saxony’s Ministry of Economics is funding the necessary equipment for the two test vehicles with €5.5 million.

For the trials, new systems for driverless operation are being developed in a first phase. This includes signal recognition, which will provide the ability to recognise and interpret the railway traffic signals set up along the track. In addition, the train must be able to recognise obstacles. In the event of a malfunction, the train is controlled remotely or guided by the train attendant. Alstom has already demonstrated with test trains in other countries that automated driving and remote control of trains can be technically implemented. The project will determine whether the existing regulatory framework for Automatic Train Operation (ATO) could be adapted. It will then examine which tests and results are needed to sufficiently prove safety standards for automated driving in passenger operation.

In a second phase, automated driving must take place as a living lab under real conditions. The new systems will be installed in the two LNVG multiple units pre-equipped with ETCS and tested in operation. The findings from development and operation will help to prepare for the later approval of fully automated trains and to further automate regional transport.

“After we have already been using the world’s first emission-free hydrogen trains here since 2018, we are now testing how we can achieve an even higher quality in local transport through autonomously running trains,” Dr. Bernd Althusmann, Transport Minister for Lower Saxony, said. “The project combines two outstanding qualities of Lower Saxony as a location: innovative mobility and a high level of digitalisation. We are thus creating the basis for more traffic on the railways.”

DB and partners to accelerate digitalisation of Germany’s rail network

“The automation of railways, especially regional transport, offers a variety of opportunities,” Michael Kellner, Parliamentary State Secretary at the Federal Ministry of Economics and Climate Protection, said. “Falling operating costs make it easier for regional providers to enter the market or expand their services. Routes that have become unprofitable can be automated and operated profitably again. This also reduces commuting by road: less CO2 emissions and a more relaxed journey for commuters.”

“With our joint pilot project, we are creating the basis for the use of automated driving technology in German regional transport and are significantly driving forward the implementation of corresponding technical solutions,” Müslüm Yakisan, President of the DACH Region at Alstom, said. “In addition to our partnership with LNVG, we are also actively involved in several other ongoing automation projects for German regional transport. For example, we will be converting S-Bahn and regional trains in the greater Stuttgart area to ETCS technology as part of the Stuttgart 21 and ‘Digital Node Stuttgart’ lighthouse projects.”

Our pilot project on #autonomousdriving enters the next phase. Together with @dlr_musc & @TUBerlin, we’re developing technical solutions to #digitise #rail passenger transport in #Germany. The project will explore #automation in regional transport. https://t.co/t1KTKJP6J7#ETCS pic.twitter.com/dqiQhwzbGm

“An automated regional multiple unit running on German lines represents an exciting application for research in railway engineering,” Prof. Birgit Milius, Head of the Department of Railway Operations and Infrastructure at the TU Berlin, said. “The scientific objectives include the optimisation of the remote-control operator’s workplace for railway applications and operational studies for mobile train control by the train attendant inside and outside the driver’s cab. Usability studies and technical feasibility are in the foreground.”

For the introduction of automated rail operations in the regional sector, DLR will identify both the operational requirements for the technology to be used later and the necessary adaptations regarding the manually operated vehicle today. In addition, the researchers will use railway operational and economic calculations to investigate how the automation solutions can be transferred to other regional lines. The aim is to derive recommendations for action for their equipment.