With an extreme heatwave forecast from 17 July onwards, Network Rail will be using innovative technology to ensure passengers journeys are minimally disrupted. 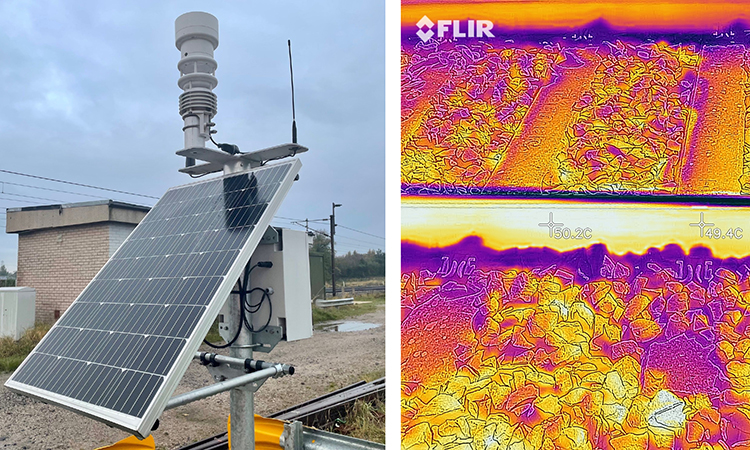 Rail passengers throughout the UK are being advised to plan ahead with heatwave conditions expected to impact journeys. The Met Office has issued an amber weather warning for extreme heat from 17 July, with temperatures forecast to reach 35°C in some parts of the region on the Monday and Tuesday. Ahead of this, Network Rail’s extreme weather action teams (EWATs) are preparing all the tools at their disposal to keep passengers and freight safely on the move. 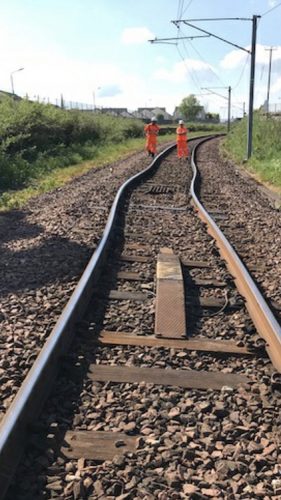 An example of how steel can expand when it becomes very hot, this can lead to rails bending, flexing and, in serious cases, buckling.
Credit: Network Rail

A new hi-tech drone and rapid response vehicle are ready to reduce railway delays during the heatwave conditions. Commissioned earlier in the year, the Emergency Intervention Unit can rush to sites and deploy its drone to be the eye in the sky during an incident.

“If the soaring temperatures do lead to us having to put in place slower speeds for safety reasons, please bear with us our engineers work to fix the problem,” Denise Wetton, Central Route Director for Network Rail, said. “For those who must travel by rail, we’d remind people to carry some water with them so they can stay hydrated, and always check before travelling so they know exactly what to expect.”

The hot weather, particularly direct sunlight, can cause track temperatures to reach more than 50°C. Steel rails absorb heat easily and tend to hover around 20 degrees above the surrounding air temperature. When steel becomes very hot it expands and rails can bend, flex and, in serious cases, buckle. To prevent this from happening some sections of rail are painted white to reflect the sun’s rays and stop the steel from getting too hot. Trains also run at slower speeds to put less strain on the rails. The network of 25,000 volt overhead electric cables which power trains is also susceptible to high temperatures (see video at the bottom of the page). They can cause the steel wires to overheat and then hang too low, getting caught on passing trains knocking out their electricity supply. Since 2015 in Network Rail’s North West and Central region, extreme weather has caused half a million minutes of train delays, or more than 400 days.

“With high temperatures forecast, we are encouraging passengers to plan ahead, check their journeys and carry water to help keep cool,” Lucy Wotton, Head of the Grand Railway Collaboration, said. “The latest travel information is always available from National Rail Enquiries or from individual train operators.”

In 2021, a system of 60 solar-powered weather stations were installed to monitor extreme conditions in real-time so railway staff can keep more trains moving instead of imposing region-wide speed limits. Across Network Rail’s North West and Central region, they’re being used to predict where the railway teams should be deployed. By using the new technology, Network Rail engineers are ready to respond to any issues caused by the heatwave and impose speed limits in local areas if they are needed.

The £1.3 million weather station investment gives staff access to real-time data so response teams can be sent to the right place at the right time to fix the railway rapidly. Between Euston and Carlisle there are 60 weather stations, with 30 in the North West (14 in Lancashire and Cumbria, 10 on Merseyside and six in Greater Manchester).

In the longer term, the data gathered will help Network Rail weather experts to predict which parts of the network are more vulnerable to bad weather before it even hits.

A video example of how the network of 25,000 volt overhead electric cables which power trains is also susceptible to high temperatures as it can cause the steel wires to overheat and then hang too low, getting caught on passing trains knocking out their electricity supply.