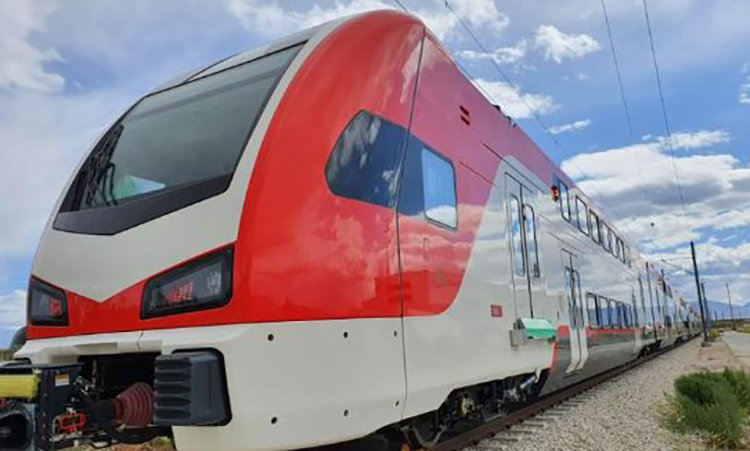 Caltrain’s first electric trainset recently underwent clearance testing along the corridor between Santa Clara and Tamien Station. This test was to ensure that the trains met all clearance requirements to operate safely along the Corridor.

The train was outfitted with foam rubber padding to simulate the dynamic envelope of the trains to simulate the maximum clearance area of an electric trainset as it travelled along the corridor at five miles per hour, pulled by a diesel locomotive. No major problems arose over the course of testing, and further clearance testing will be conducted throughout the rest of the corridor in the near future. The next test for the new electric trains is expected to take place later in 2022 when the trains will operate under its own power via the Overhead Catenary System (OCS).

Electric trains will offer a better service to Caltrain riders. Each trainset will have seven cars, as opposed to the current five or six. These vehicles accelerate and decelerate faster than diesel trains, as eight motors are distributed throughout the train, while older cars must be pulled by a locomotive. These electric motors also generate much less noise than their diesel equivalent, making the trip more enjoyable both for riders and residents that live near Caltrain tracks. The new trains also offer enhanced amenities, including new digital onboard displays, power outlets at each forward-facing seat, a new seat colour palette selected by the public, energy-efficient lighting, coat hooks, security cameras, and expanded storage under the cantilevered seats.