Designed to handle the pressure waves created by high-speed trains passing underneath, the new HS2 lightweight bridges will improve the experience of people crossing the railway. 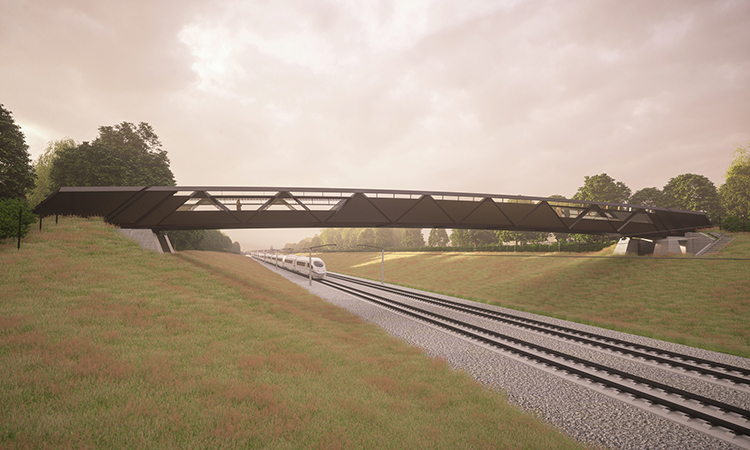 Computer generated image of one of the various footbridges along the C23 section of the HS2 route, 10 years post construction, July 2022 - Credit: HS2

HS2 have revealed the first images of the bridges that will carry rural footpaths and bridleways across the new high-speed railway as it passes through Buckinghamshire, Oxfordshire, and West Northants. Made of weathering steel, the sides of the lightweight bridges will lean outwards to maximise views of the sky and improve the experience of people crossing the railway.

Weathering steel, which ages naturally to a russet brown colour, was chosen to help match the tone of the surrounding countryside, while the plates that form the structure of the bridges will be angled to appear narrower and lighter. To emphasise the sense of lightness, each span will be slightly higher in the middle so that they appear to leap over the railway. Most of the bridges will consist of just one 42m span, with extra spans added where necessary to create bridges of up to 102m long. The bridges were designed by EKFB, HS2’s main work contractor, alongside designers Arcadis Setec Cowi and architects Moxon. 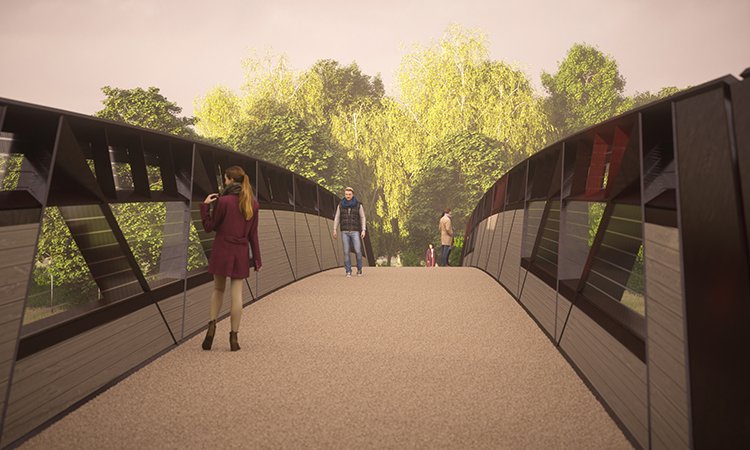 In order to improve efficiency of manufacturing and assembly, all the bridges will have the same basic form, with the approach paths built into the earthworks on either side of the bridge. This also means that all the footbridges will effectively be step-free.

Designed with guidance from the British Horse Society, the bridges which carry bridleways will follow the same basic pattern, with a recycled, non-slip rubber deck and the structure acting like a baffle to stop horses being distracted by passing trains. Footbridges will be 2.5m wide, while bridleways will be 3.5m wide to allow two horses to pass comfortably and safely. The internal faces of the bridges feature oak panelling and perforated stainless steel to allow views along the railway.

“HS2 will provide fast and frequent zero carbon journeys between London, the midlands, and the north. But it’s also essential that we keep communities on either side of the railway connected,” Kay Hughes, Design Director for HS2, said.  “That’s why I’m pleased to see the first standard footbridge designs for the project. The elegant bridges have been specially designed for Bucks, Oxon, and West Northants, with weathering steel beams to match the tone of the surrounding countryside.”

Eleven locations have been identified for the new design, around Aylesbury, the Chilterns, Chipping Warden, Westbury and Finmere. Other footpaths and bridleways will share farm access bridges and road bridges or cross the line under viaducts or over the top of tunnels. 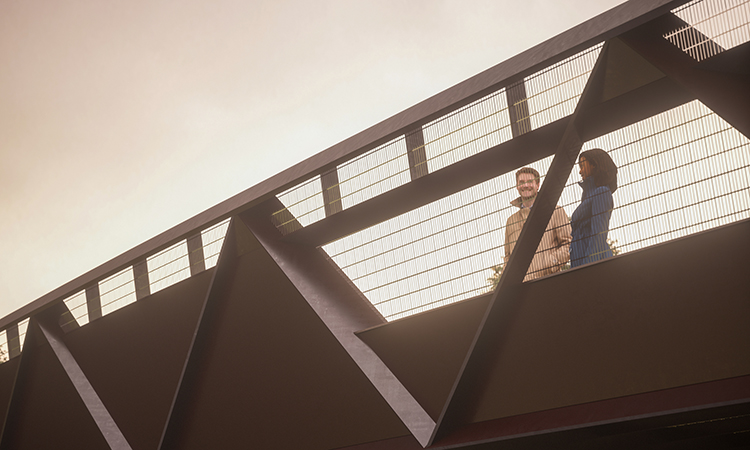 “EKFB is building more than 80 bridges across a 80km section of HS2, 11 of which are specific to connecting local communities by foot and making accessibility easy for local people and the equestrian community,” David Griffiths-Allen, Head of Engagement for EKFB, said. “We’re delighted with the design concepts of the bridges and a lot of thought and consideration has gone into making both designs sympathetic to the landscape and beneficial to the people who will be using them.”

“Safety is always paramount, however accessibility and transparency were also the key design drivers for these bridges, characteristics one wouldn’t always associate with railway overbridges,” Ben Addy, Managing Director for Moxon, said. “The design team looked at how we could make the bridge approaches and the landscape around them completely accessible to create a seamless user experience for all, whether travelling on foot, on bike, on horseback or with any type of mobility aid.”

The footbridges were designed to handle the pressure waves created by trains passing underneath at speeds of up to 225mph (360km/h). EKFB’s designers developed bespoke engineering criteria to model the effect on the structure and design out uncomfortable vibration. As an extra precaution, the bridges can also be adjusted after construction to ensure the solution works. The first footbridge is expected to be installed in October 2023. 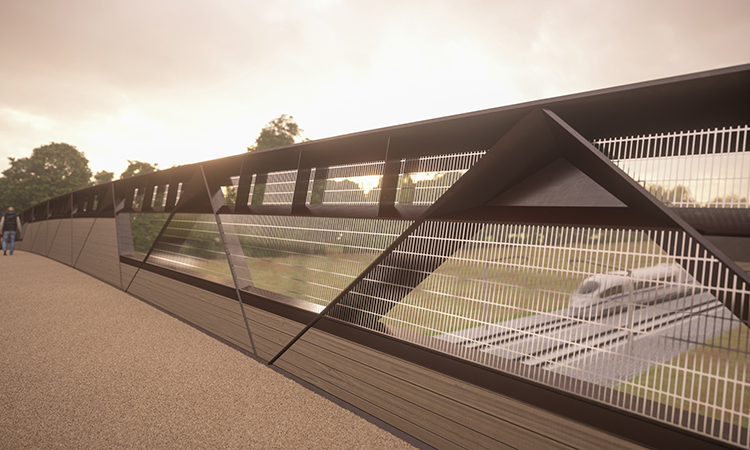