BNSF are partnering with NWSA to open a new Tacoma South facility to help meet increased intermodal demand in the Seattle region. 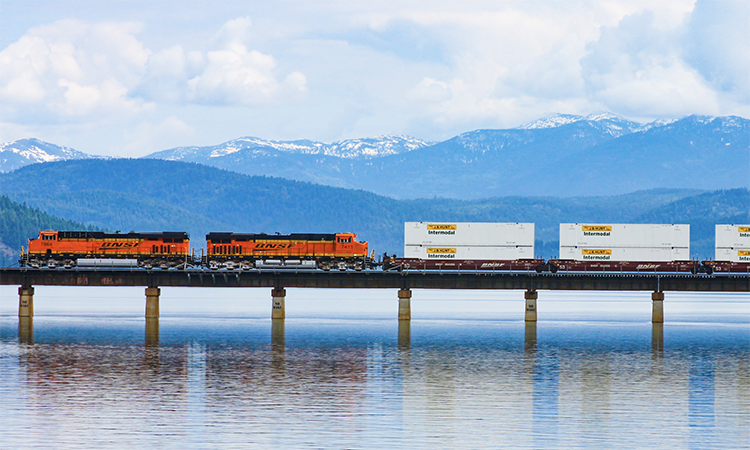 BNSF Railway Company (BNSF) has partnered with the Northwest Seaport Alliance (NWSA) to develop a new rail hub at the Port of Tacoma to meet increased intermodal demand in the greater Seattle region and unlock capacity. The new Tacoma South facility is part of a joint effort announced in March 2022 between J.B. Hunt Transport Services Inc. (JBHT) and BNSF to substantially improve capacity in the intermodal marketplace.

“Growing the NWSA’s domestic intermodal volumes has long been a goal for the Seattle and Tacoma gateway,” Don Meyer, Co-Chair of NWSA and Port of Tacoma Commissioner President, said. “The facility will increase job opportunities while reducing truck emissions associated with moving cargo to inland markets.”

In mid-August 2022, BNSF will launch a direct container-only joint service with J.B. Hunt between its Tacoma South facility and Chicago. The new service will provide greater network and facility efficiency for BNSF while increasing container capacity and chassis availability for J. B. Hunt.

“The new Tacoma South facility builds upon our joint initiative with J.B. Hunt to substantially improve capacity in the intermodal marketplace while also meeting the expanding needs of our customers,” Tom Williams, Vice President of Consumer Products for BNSF, said. “Our collaboration with the NWSA will help support greater warehousing and distribution needs in the fast-growing greater Seattle area.”

BNSF Railway is one of North America’s leading freight transportation companies. BNSF operates approximately 32,500 route miles of track in 28 states and also operates in three Canadian provinces. BNSF is one of the top transporters of consumer goods, grain and agricultural products, low-sulphur coal, and industrial goods such as petroleum, chemicals, housing materials, food, and beverages.