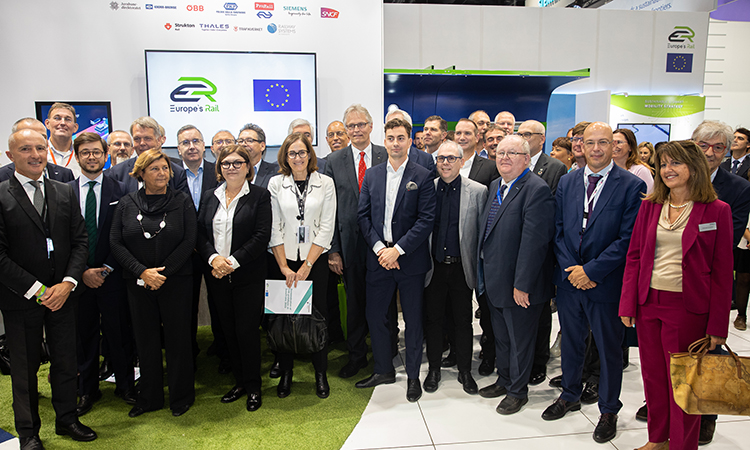 Against the backdrop of InnoTrans 2022, Europe’s Rail have announced a Call for Proposals 2022-2, worth €35.8 million. The Call was officially launched in presence of the European Commissioner for Transport Adina Vălean and is open for applications and submissions until 14 December.

Projects worth €35.8 million, against €14.7 million funding, are expected to be funded under the Europe’s Rail 2022-2 Call for Proposals for Exploratory Research and Other Activities, within the framework of the Europe’s Rail Amended Work Programme 2022-2024.

With this Call for Proposals 2022-2, the Europe’s Rail Joint Undertaking intends also to build a network of the rail scientific and research community, including the funding of PhD programmes. It will strengthen, expand, and optimise railway research and innovation capabilities through the sharing of world-class national facilities in Europe to contribute to the Europe’s Rail programme or other funded multi-national programmes. As from 2023, all the activities launched during 2022 will be operational and start delivering results.

“These calls for proposals are an invitation to Europe’s best and brightest researchers and innovators to get involved in building a modern, efficient, and reliable rail network, one that attracts passengers in droves, and companies en masse,” Adina Vălean, the European Commissioner for Transport, said. “The call budget is also clear evidence of the European Commission’s commitment to rail, and to the Europe’s Rail Joint Undertaking’s role in ensuring that it is fit for the future.”