The new federal grant will allow a $170 million project to bring rail and viaduct improvements and jobs to Chicago’s West Side community, with $80 million in local contracts and employment already underway. 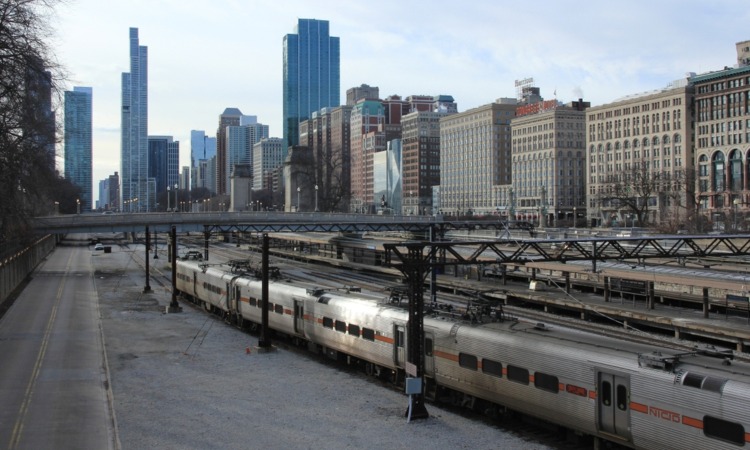 The Chicago Region Environment and Transportation Efficiency Program (CREATE) partners have announced that a $70 million grant from the Illinois Department of Transportation will soon be on the way to Chicago, allowing for a $170 million project to modernise a two-mile stretch of rail lines that provide a critical connection for freight moving across the Chicago region. The funding is via the INFRA grant programme, which advances multimodal freight and highway projects of national significance.

CREATE’s Westside Gateway or Ogden Junction project will repair, replace, or eliminate 16 railroad bridges on the Union Pacific (UP) Rockwell line that runs along Rockwell Avenue, from Fulton Street on the north to 16th Street on the south. Viaducts below the bridges, many of which are also more than a century old, will also be repaired, repainted and in some cases will be raised in height.

“With CREATE, all levels of government are working in consistent partnership with private industry for our mutual benefit – making it unlike any other programme in the nation,” said Governor J.B. Pritzker. “Since its inception, CREATE has brought more than $2 billion to Chicago to modernise the city’s transportation infrastructure. As we work together to re-build Illinois, CREATE is an innovative model to try in other areas – where every partner contributes to the common good.”

Speaking for CREATE, Ian Jefferies, President and CEO of the Association of American Railroads, said: “These critical funds will advance the partners and community’s shared goals, including improving freight and commuter train efficiency, enhancing air quality and dramatically upgrading the viaducts. Beyond the benefits upon completion, $80 million in targeted investments and contracts will directly support jobs and businesses in local communities.”

CREATE’s full Ogden Junction project extends from Kedzie Avenue to 16th Street. It will include 10,000 feet of new track and signal improvements, expected to reduce thousands of hours of Metra delays and freight train conflicts, as well as faster speeds due to more visible electronic signals.

Plans for the project also include installing a new bi-directional computerised Traffic Control System on the two-mile segment on the UP rail line along the Western Avenue Corridor and upgrading seven hand-thrown switches to power switches. New control points at Taylor Street, Ogden Avenue and 16th Street, along with main line realignment, will enable simultaneous movements between the UP, CSX, and Norfolk Southern railways main lines which, in combination with the structural improvements to the bridges, will enable more efficient and safe operating speeds.