Network Rail have been trialling space-age laser and plasma jet technology as a way to clear autumn leaves from railway lines and minimise passenger delays. 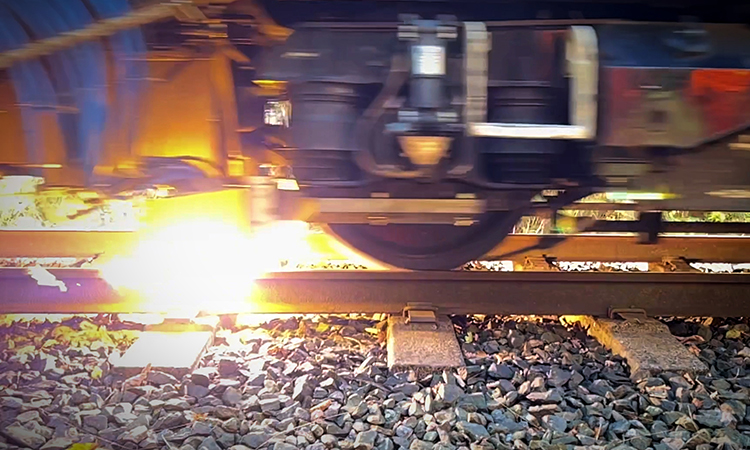 Network Rail has been carrying out comprehensive testing throughout October, using its multi-purpose vehicles (MPVs) on heritage lines at the East Lancashire Railway.

Engineers have been testing if autumn treatment trains fitted with the laser beams and superheated plasma jets are as effective at cleaning rails as the current method using high pressure water systems. During autumn, train wheels compress leaves onto rails and form a black Teflon-like residue which makes it harder for trains to brake or accelerate. 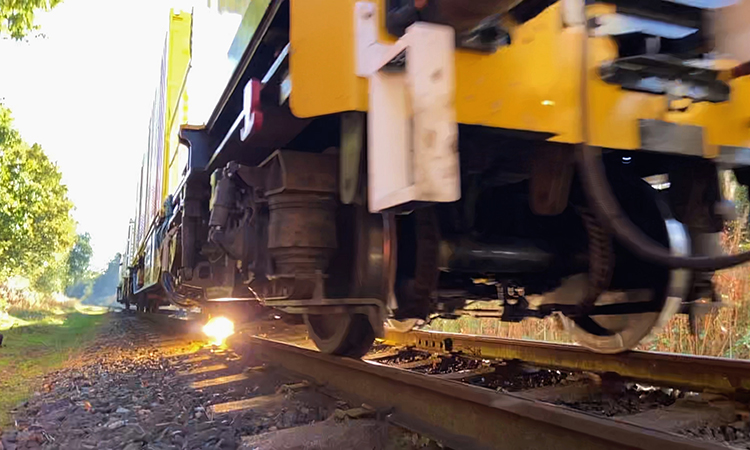 “Leaves on the line are often seen as a joke on the railway but they can cause serious problems and we’re always looking at new ways to tackle this age-old problem,” Suhayb Manzoor, Project Engineer for Network Rail, said. “It’s also not unique to Britain, with railways all over the world having issues when trees shed their leaves. For that reason, it’s exciting to be putting some of the newest technology out there to the test with the hope that one day it could help Network Rail keep passengers and freight moving safely at this operationally challenging time of year.”

The two different companies involved in the testing are:

This technology could potentially reduce the need for that water, and the fuel needed to transport it around the country, benefiting both the environment and costing the taxpayer less. If the tests find lasers or plasma can clean the rails effectively, further development work will be needed to see if it would work on the complexities of the live railway network. Further studies would also be required to examine the business case for adopting any new technology. 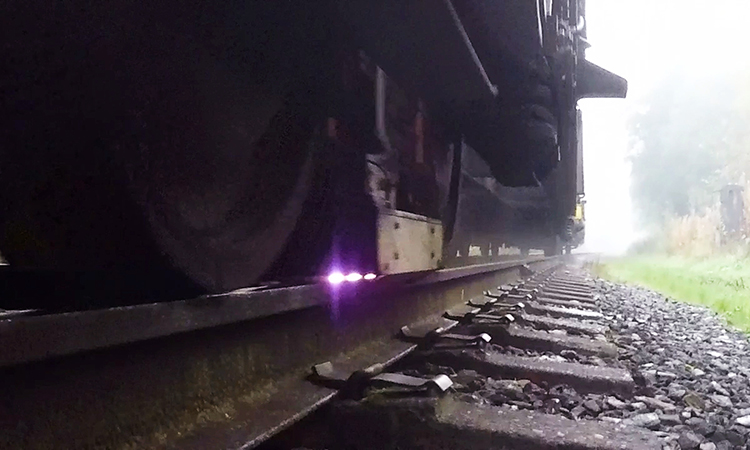 “Normally you really have to move mountains to get access to a railway network, so having a testing site like this which is secluded where you can take measurements every day is essential to gather data,” Ben Medendorp, Head of Finance and Commerce for Laser Precision Solutions, said. “I really do think that Network Rail is taking a leadership role in the industry by solving this global issue of low railhead adhesion. We are proving technologies and learning valuable lessons that could help railways around the world.”

“Having three weeks of uninterrupted testing available on an operational railway isn’t usually possible so being able to carry out these trials with Network Rail and East Lancashire Railway have been invaluable,” Julian Swan, Chief Executive Officer for PlasmaTrack, said. “We’ve learnt a lot on how the autumn treatment trains (MPVs) currently operate, and how the PlasmaTrack system could benefit train wheel traction and protecting wheel-slide caused by leaves on the line.”

“When people think of heritage railways, they probably think they just look at preserving the past, but here at the East Lancashire Railway we want to be a moderniser too,” Mike Kelly, Chairman for East Lancashire Railway, said. “We’re very proud to be able to play our part and provide our tracks and infrastructure to allow Network Rail to do their important research and development, and excited to be at the forefront of technology which could make millions of future journeys better for passengers across the country.”