Network Rail have signed a solar power contract which will cover around 15 per cent of Network Rail’s annual consumption of non-traction energy. 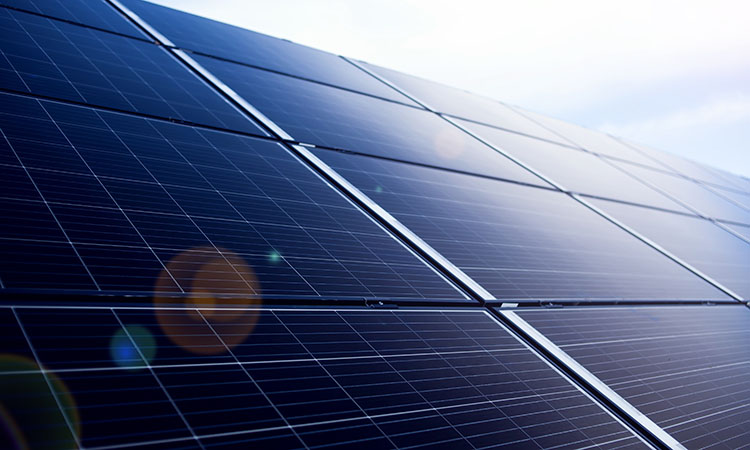 Network Rail has signed an agreement with EDF Renewables UK. The contract will mean 49.9 MW of renewable energy capacity is available and will cover around 15 per cent of Network Rail’s annual consumption of non-traction energy, provided from EDF Renewables UK’s Bloy’s Grove solar farm between Swainsthorpe and Mulbarton in Norfolk. This builds upon the existing traction supply partnership between Network Rail and the wider EDF Group in the UK. This agreement is in line with Network Rail’s commitment to sourcing 100 per cent of non-traction energy from renewable sources by 2030 as part of its Environmental Sustainability Strategy.

“Rail is already in a strong position in terms of its green credentials, but it’s crucial that we do everything we can as a business to improve air quality, minimise our use of fossil fuels, and transition to an industry powered by green, renewable, low-carbon energy,” Jo Lewington, Chief Environment and Sustainability Officer for Network Rail, said. “Our vision is to serve the nation with the cleanest, greenest form of public transport and this agreement marks another important step towards achieving our aims.”

“We are very pleased to be working with Network Rail to help them on their journey to decarbonisation,” Matthieu Hue, CEO of EDF Renewables UK, said. “This project shows the ability of EDF Renewables UK to provide diverse solutions for customers in terms of low-cost renewable electricity. This also demonstrates our ability to develop competitive and affordable renewable power projects in the UK as well as underpinning the importance of all renewable technologies in de-carbonising the UK electricity system to reach the country’s net zero targets by 2050.”

“Our railway has long been the backbone of travel across the UK and, as one of the greenest forms of transport, it is set to play a central role in slashing emissions and helping us achieve our world-leading decarbonisation goals,” Wendy Morton, Rail Minister, said. “This first of its kind agreement is a huge moment not just for Network Rail but the rail industry as a whole, setting in motion a journey which will see Britain’s favourite transport become even greener, cleaner and more sustainable.”

EDF Renewables UK will now work closely with the local community and the council to plan the next steps towards construction and operation of the solar farm. The company will build, own, and operate the solar farm for the lifetime of the project, and is offering a £20,000 per year community benefit fund which starts when the site is operational. There will also be significant biodiversity improvements on site, including a community orchard and the team will liaise with local residents on these matters.

Network Rail’s 30-year Environmental Sustainability Strategy sets out the actions and timelines required to deliver the company’s four key priorities. These are providing a low-emission railway, a reliable railway service that is resilient to climate change, improved biodiversity of plants and wildlife and minimal waste and sustainable use of materials.