As part of a £120 million investment to add resilience and capacity into Scotland’s network, Scotland’s Railway are introducing a new modular feeder station. 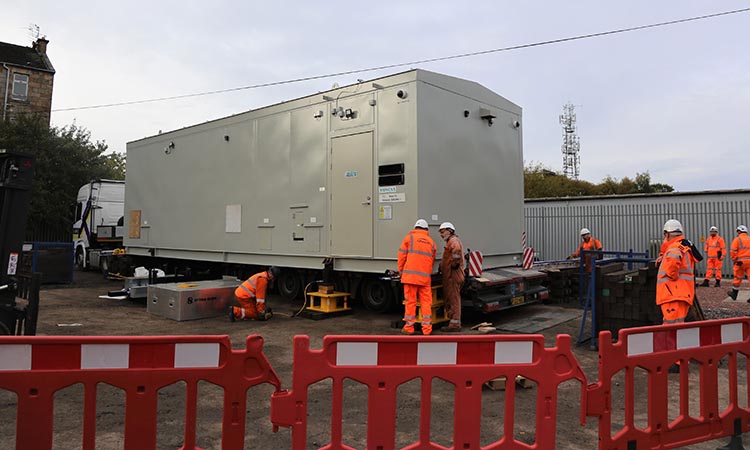 Network Rail and Scottish Powerlines engineers are introducing a new modular feeder station and upgrading a key track section cabinet (which helps regulate the power supply) near Glasgow Central station, all as part of a £120 million Scottish Government investment to add resilience and capacity into Scotland’s network.

This is a crucial part of work to upgrade and reconfigure power supplies to support the increased demand that will be created by the introduction of electric trains on the lines between Glasgow and Barrhead and East Kilbride. 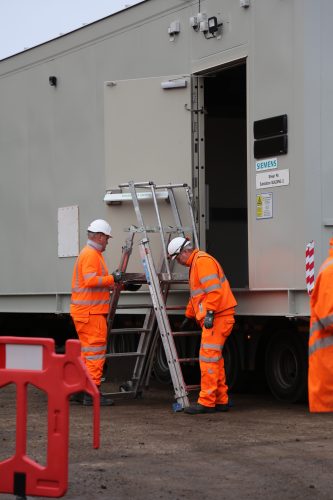 “The £120 million Scottish Government investment to upgrade the electric power supply into the rail network is key to helping us meet our target to decarbonise Scotland’s Railway by 2035,” Alice Wilson, Scheme Project Manager for Traction Power at Network Rail, said. “This work will power the cleaner, greener electric trains on the Glasgow- Barrhead and East Kilbride lines in the coming years. This directly supports decarbonising passenger services on Scotland’s Railway by 2035 and delivering the modal shift required for Scotland to reach Net Zero. Working on Glasgow’s electrified rail network is always challenging but our industry partners have worked with us to plan, design and deliver the work in a way that reduces risk, minimises disruption and helps us to move forward with our plans to decarbonise the network.”

Work on the £120 million traction power investment to upgrade is well underway with Ferguslie feeder station in Paisley being installed in July 2022. It will enter into service in early 2023. Phase one of the investment will see six new feeder stations and nine upgrades to traction power infrastructure locations on the railway across the central belt, Scottish Borders and Fife.

Upgrades to the power supply network will be ongoing until 2026. Investment will increase the resilience of the existing network, the new connections to the national grid via the feeder stations will increase the overall capability of the 25kV electrified network.

Upgrading the power supply network will not only enable the introduction of electric trains on services to East Kilbride and Barrhead, on the Borders line and across Fife but will also support increased traffic on existing routes such as the East Coast Mainline. 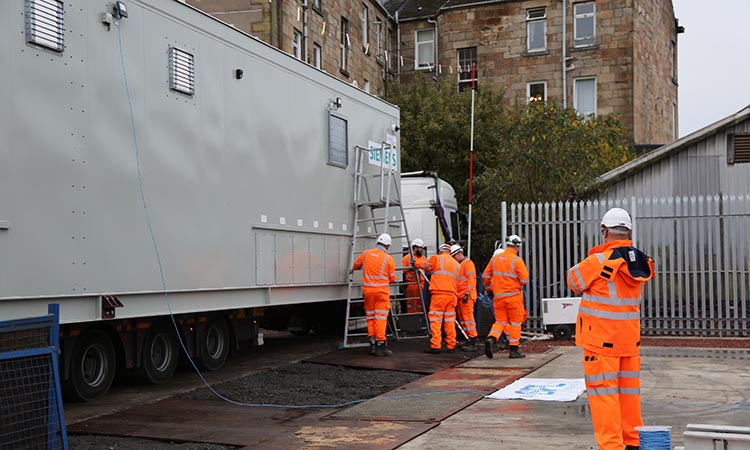