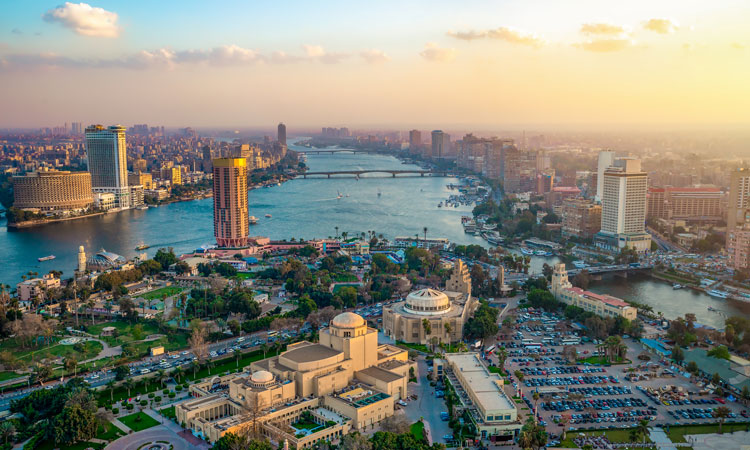 The first line of the new high-speed network in Egypt will connect the metropolitan regions of Alexandria and Cairo (pictured) as early as 2025.

The Egyptian Government has awarded Deutsche Bahn (DB) a contract to operate the country’s first high-speed rail network. The contract was signed at the UN climate conference. The order volume of the contract, which will initially run for 15 years, is in the single-digit billion range.

The sixth largest high-speed network in the world 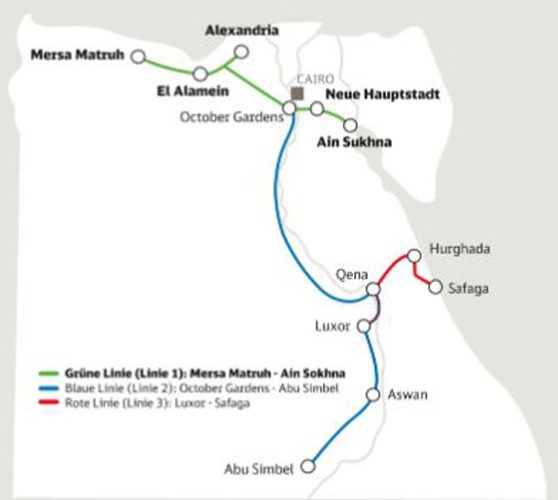 For DB, its subsidiary DB International Operations (DB IO), will take on the rail project, which is the largest in Egyptian history and, with 2,000km of track, will be the sixth largest high-speed network in the world. A consortium led by Siemens Mobility is building the infrastructure and delivering the vehicles for passenger transport and freight locomotives.

“We will help millions of people in Egypt to achieve modern mobility and ensure climate-friendly rail freight transport,” Niko Warbanoff, CEO of the DB ECO Group, said. “The new railway system drives Egypt’s economic development and ensures more climate protection, from which we all benefit.”

The first line of the transport network will connect the metropolitan regions of Alexandria and Cairo as early as 2025. With two more routes and 60 stations, Cairo and Abu Simbel as well as Luxor with Hurghada on the Red Sea will be developed for rail traffic. In the end, 90 per cent of the Egyptian population should have access to the new network. The country’s population is forecast to increase from around 105 million to 160 million by 2050.

DB IO will take over the operation of infrastructure and vehicles for high-speed, regional and freight traffic, as well as the maintenance of stations and depots. To this end, DB IO is entering into a joint venture with the Egyptian company, Elsewedy Electric (EE).

Benefits of the project

The new, high-performance rail system is a central pillar in the sustainable expansion of Egypt’s public transport infrastructure. In addition to halving the travel time for 30 million people with Line 1 alone, the project also contributes to road safety and reducing air pollution.

The German railway system will also benefit from the mega-project. The technology and knowledge transfer and the knowledge gained from the cooperation with Siemens Mobility will benefit domestic projects. The profits generated will then be reinvested into Germany.