Drone footage has been released of a derailed freight train site in Carlisle where Network Rail are installing an 800-tonne crane to recover the wagons. 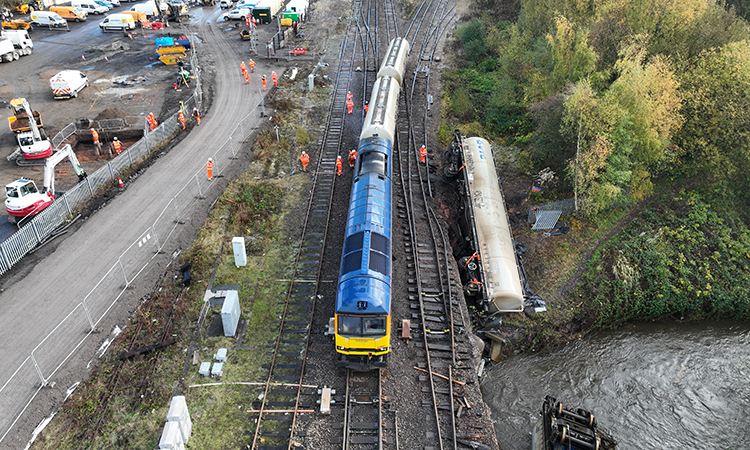 Rail engineers are making good progress to recover a derailed freight train in Carlisle so major repairs can take place to get the railway reopened for passengers as soon as possible.

On 19 October, five wagons each filled with 80 tonnes of powdered cement came off the tracks at Petteril Bridge Junction. One wagon ended up in the river Petteril and two others came to rest on the railway embankment.

Network Rail has now released latest drone footage from site ahead of an 800-tonne crane recovering the stranded wagons (see below). So long as strong winds don’t delay the lifting, all three wagons should soon be removed and made ready to be taken away by rail accident investigators.

Installing the crane on unstable ground in an old railway siding since the incident has been a feat of engineering in itself, and needed:

Once the wagons have been removed Network Rail can take over the site to fully fix the railway infrastructure at Petteril Bridge junction.

It’s hoped this work will be complete early in December so train services can resume on the Tyne Valley and Settle to Carlisle lines. 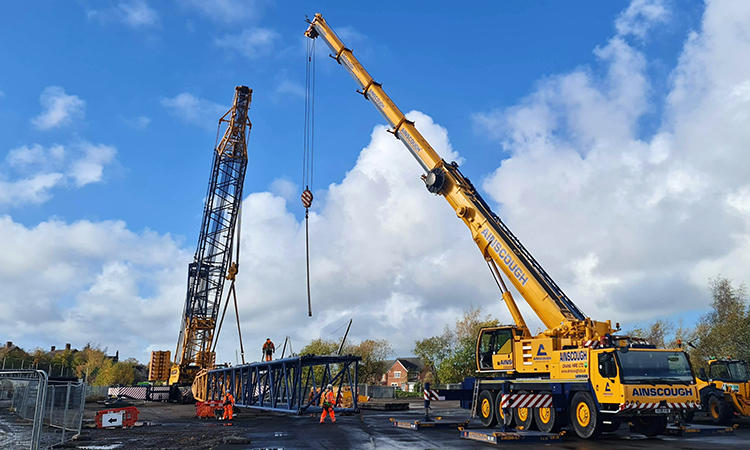 Reactions to the recovery work

“I’d like to thank rail passengers and local people for their continued patience while we’ve been working hard to recover the stricken freight train in Carlisle,” Mark Evans, Senior Programme Manager for Network Rail, said. “A great deal of preparation work has gone into the complex lifting of the wagons, with the main crane now towering above the city ready to lift – so long as the autumn weather doesn’t get in the way. Once this is done our Network Rail teams are poised and ready to crack on fixing the railway so we can get the line reopened for passengers as soon as possible.”

“This is a really complex operation and we are thankful for the expertise that Network Rail are providing in recovering the freight train and reinstating the track,” Kerry Peters, Regional Director for Northern, said. “Whilst there is some work to do the potential reopening of the line in December will be very welcomed by our passengers on the route. We will do all we can to support this. We have been providing rail replacement buses where needed and I want to thank any customers who have been impacted by the derailment for their understanding and patience. We look forward to operating a full train service on the route as soon as possible.” 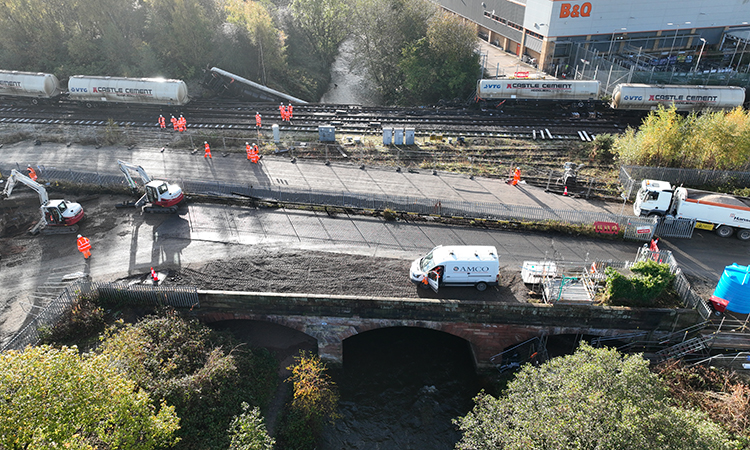