Deutsche Bahn and the Federal Ministry for Digital Affairs and Transport have signed a new agreement to push ahead with planning for the digital rail system in Germany. 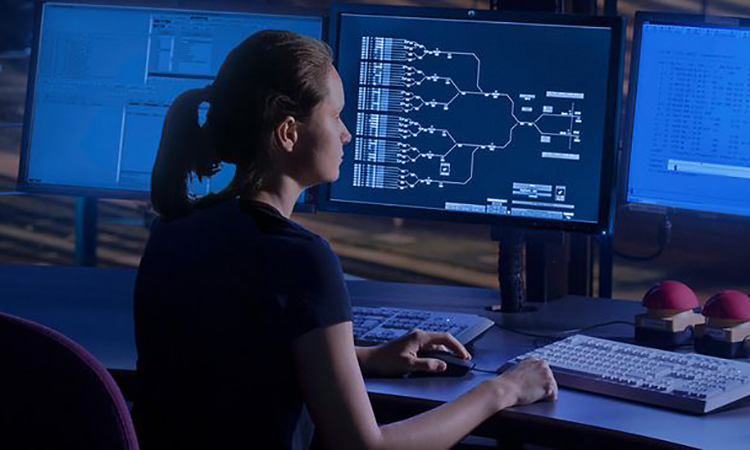 The Federal Ministry for Digital Affairs and Transport (BMDV) and Deutsche Bahn (DB) are pushing ahead with the planning for the digital rail system in Germany. The existing financing agreement will be increased from around €1.7 billion to approximately €2.7 billion. In addition, DB has received approval from the federal government for further financing of the planning of several projects from the so-called starter package. Dr. Volker Wissing, Federal Transport Minister, and Berthold Huber, DB Infrastructure Board Member, signed the relevant agreements in Berlin.

In the long term, all routes and rail junctions are to be equipped with the European Train Control System (ETCS) and digital interlockings, completely replacing the old technology. The aim of the modernisation is more space for trains, better punctuality, and fewer disruptions – made possible by intelligently networked data from infrastructure and vehicles. In the future, DB will be able to completely reorganise operations on the rail network and create up to 35 per cent more capacity.

“We want to make rail the climate-neutral backbone of our transport system,” Dr. Volker Wissing, Federal Transport Minister, said. “In addition to renovation and new construction and expansion, digitisation is a crucial component. With the agreements concluded, we are creating the financial basis for introducing the ETCS train control system and at the same time modernising and digitising the interlocking landscape in Germany. This immediately ensures more capacity in the existing system and thus quickly more rail services.”

“In view of the growing volume of traffic, we need more speed to make our rail network more powerful and efficient,” Berthold Huber, DB Infrastructure Board Member, said. “In the medium and long term, we need to focus on expansion and new construction projects as well as the general renovation of important corridors. However, the digitalisation of the infrastructure is a decisive key. Because with the digital rail operations of the future, we can put more trains on the climate-friendly rails without the expensive and time-consuming construction of new tracks. The agreements made with the federal government will therefore decisively advance the digital rail system in Germany.”

The funds that have now been made available are being used, among other things, to modernise and digitise the infrastructure on the Rhine-Alps freight corridor. This main line from the Dutch North Sea ports to Italy is to be equipped with the European Rail Traffic Management System (ERTMS). The system makes a significant contribution to facilitating cross-border train traffic in Europe. So far, locomotives and multiple units have had to be equipped with a wide variety of national safety systems. With ERTMS, this will no longer be necessary in the future.

In addition, DB can initiate further planning for the Scandinavia-Mediterranean corridor with around €307 million. The European corridor between Denmark and Austria, which is also important for freight traffic, is to be fully equipped with ETCS by the end of 2030.

A further €83 million are available for planning the third building block for the digital node in Stuttgart. By 2030, train operations in the Stuttgart area will also be controlled by digital technology, extending beyond the end points of the S-Bahn lines. The core of the node will go into operation together with Stuttgart 21 in 2025 with ETCS without signals – the metropolitan region will thus assume a pioneering role worldwide.

Around €11 million in planning funds are earmarked for the Cologne-Frankfurt/Main high-speed route. By 2028, DB intends to equip around 200 kilometres of track with ETCS and digital interlockings. This step ensures more quality and efficiency in train operations. At the same time, failure-prone systems and older interlockings can be completely replaced.