The launch marks a step forward in DB’s efforts to rejuvenate and expand its long-distance fleet. 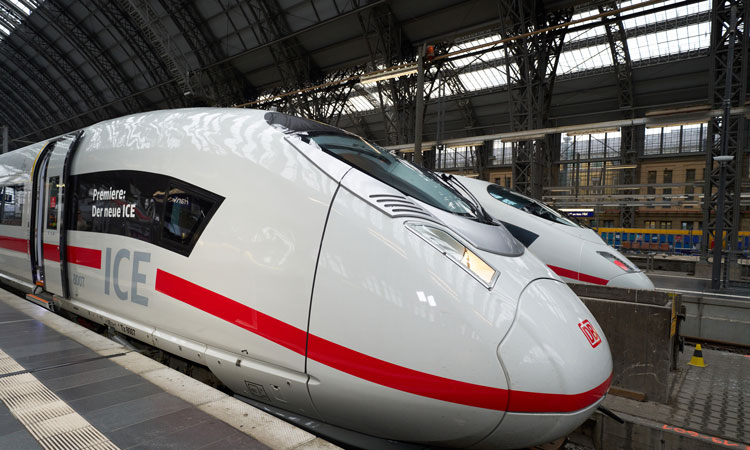 The new ICE 3neo’s inaugural trip with passengers was between Frankfurt/Main and Cologne (5 Deember 2022). Partners DB and manufacturer Siemens Mobility succeeded in getting the train up and running in record time. Despite pandemic-related restrictions and disrupted supply chains worldwide, the inaugural passenger trip comes just two and a half years after the train was ordered in July 2020.

With this investment, DB is further rejuvenating and expanding its long-distance fleet; by 2029, the operator will have invested €10 billion in new trains, including 73 ICE 3neos. With a top speed of 300km/h, the ICE 3neo is an important factor in DB’s planned nation-wide synchronised timetable. By providing 32,000 additional seats by 2029, the train will help meet the seating
capacity needed for expected passenger growth. 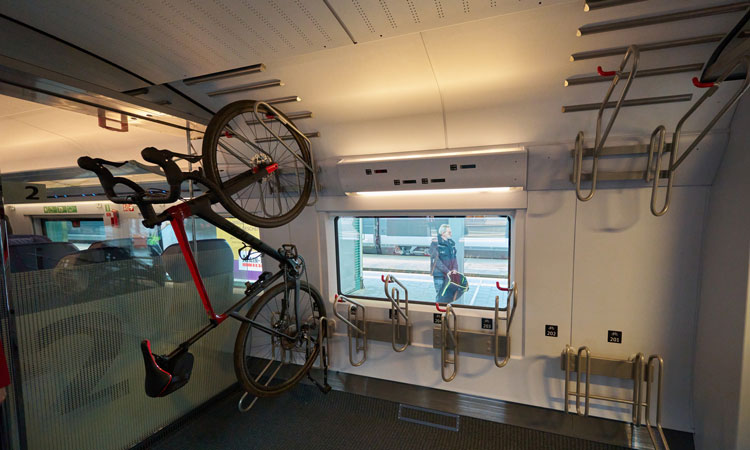 Bikes can be stored on board the new ICE’s. Credit: Siemens Mobility

“DB and Siemens have delivered right on time,” explained Dr. Michael Peterson, DB Board Member for Long Distance Passenger Transport. “Just two and a half years have passed between the contract signing and the train’s inaugural passenger service. ICE procurement procedures generally take twice as long. The new ICE will delight our passengers with a new level of comfort
and improved technology.”

Michael Theurer, Parliamentary State Secretary to the Federal Minister for Digital and Transport, commented: “The new ICE stands for progress on the rails – fast, digital, barrier-free. Initially here between Frankfurt and Cologne, soon throughout Germany. The 73 new trains with their 32,000 additional seats will make a major contribution to implementing the nation-wide synchronised timetable. This will bring us another step closer to our goal of doubling the number of rail passengers over the next eight years.”

“Together with DB, we are accelerating the transport transition in record time,” said Michael Peter, CEO of Siemens Mobility. “Siemens Mobility has never delivered a new ICE train so fast. This success was primarily possible thanks to the outstanding cooperation with DB, but also because the ICE 3neo is based on our proven Velaro platform. Even though we built and delivered the train in record time, we were able to incorporate many innovations in the train’s interior that will further enhance passenger comfort.”

When DB’s timetable change takes effect on 11 December 2022, passengers will be able to use the train in regular service between Dortmund, Cologne and Frankfurt/Main, and all the way to Munich via the new Wendlingen–Ulm high-speed route. DB will gradually expand the scope of the train’s operation with the delivery of further trains. As of 2024, the ICE 3neo will also operate on international routes to Belgium and the Netherlands.

With space for eight bicycles on each train, the new ICE will be the first high-speed train to transport them at speeds up to 300km/h. New reservation displays with colored LED lights show all reserved and free seats at a glance. In addition, the ICE 3neo has specially developed windowpanes ensuring stable mobile phone reception, lighting that varies according to the time of day, and power sockets and pad holders at every seat. One completely new development is the train’s robust, easy-to-use lift installed at a door reserved exclusively for passengers in wheelchairs. DB also trained around 5,000 employees to handle on-board service, maintenance, and driving in record time – a prerequisite for the speedy commissioning of the ICE 3neo.