Passengers travelling into and out of Bristol are set to benefit from a fleet of modern trains providing extra seating, air-conditioning, wi-fi and at-seat plugs. 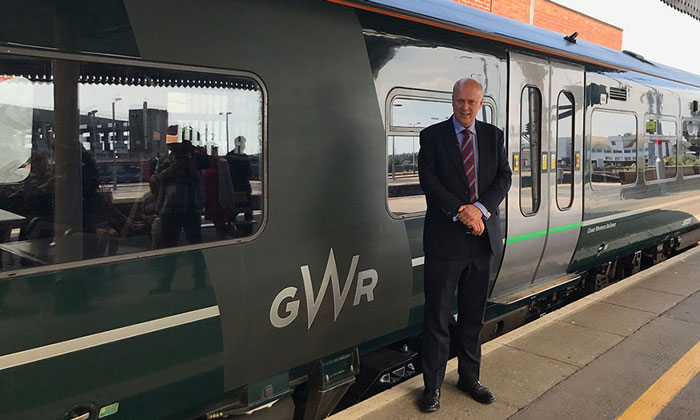 Smart ticketing is also to be rolled out locally with trials now underway at 11 stations in the area to make journeys easier.

Transport Secretary Chris Grayling visited Bristol Temple Meads station on 6 July 2017 to welcome the modern diesel Turbo trains, which launched for the first time on the Severn Beach line into the city, and also to see progress on the smart ticketing trials.

The first train in the modern fleet marks stage one in a full rollout in the Bristol and wider area, providing passengers with more space and more comfort on their journeys to and from work.

They are being introduced on commuter routes into Bristol, Taunton, Cardiff, Gloucester and Portsmouth over the next year. The route between Temple Meads and Severn Beach via Clifton Down and Avonmouth was chosen first because it has seen some of the strongest growth of any community rail line in the country.

The introduction of electric trains between Maidenhead and London Paddington since May has allowed the release of the more modern diesel trains for passengers in the Bristol area.

There is also a new pilot scheme at the station to introduce ticketless travel on rail journeys into and out of the city. The ‘Touch’ smart ticketing pilot is currently being tested at stations on the same Severn Beach line into Bristol and is jointly funded by train operator Great Western Railway (GWR) and Bristol City Council.

It is due to launch in September 2017 and will allow passengers the option of tapping in and out using cards as well as tickets. Gates along the route are being upgraded with smart readers as part of testing for the scheme.