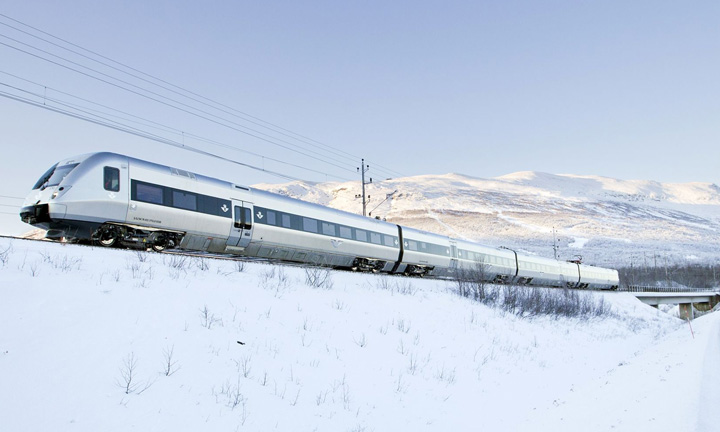 Thore Sekkenes, Managing Director of Bombardier Transportation Sweden, commented, “Our deep Swedish roots make us even more proud to continue providing the latest digital rail technology to help Sweden keep up with increasing passenger and freight demand. With this final regulatory approval, our INTERFLO 450 solution is ready to play its part in the roll-out of ERTMS Level 2 rail control across Sweden, improving speeds, reliability and capacity whilst increasing integration with the rest of Europe.”

This official confirmation makes Bombardier Transportation the first supplier to receive approval for its ERTMS Level 2 technology for Sweden and verifies that the INTERFLO 450 wayside solution meets the required national and European technical safety regulations. The announcement reflects the successful operation of the technology on both the Ådal and Bothnia pilot lines which entered operation in 2012 and now run with 99.9 per cent availability, over four times better than the existing system.

As well as being the first supplier in Sweden to start ERTMS operation, Bombardier is the market leader there for rail control solutions; equipping over 130 vehicles to date with its EBI Cab onboard system. This technology is compatible with both ERTMS and the existing signalling system, enabling trains to operate as the Swedish network continues to be upgraded.

Bombardier has supplied solutions to the Swedish national railway system for over 100 years. Its local presence includes its regional business, project delivery and engineering hub for rail control, production centre for propulsion systems and network of service centres. Bombardier is also a leading signalling supplier for Sweden’s regional and commuter rail lines, most recently equipping the new Stockholm City Line.

Aerial analytics: Laying the tracks of a new intelligence