In cooperation with the Dutch infrastructure operator ProRail and Rotterdam Rail Feeding (RRF), Alstom is to carry out automation tests which should improve the railway operations… 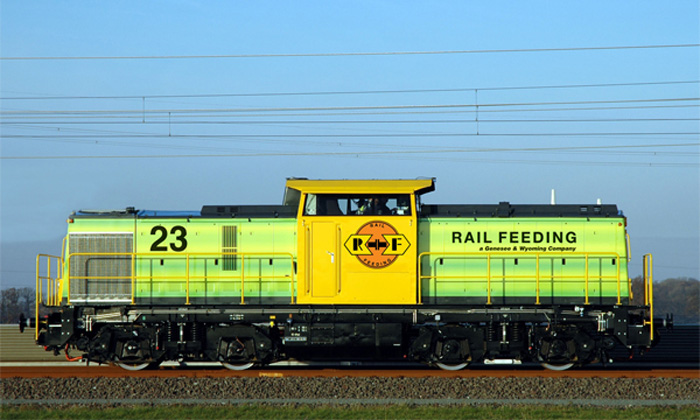 Alstom has signed an agreement with the Dutch infrastructure operator ProRail and Rotterdam Rail Feeding (RRF) to perform Automatic Train Operation (ATO) tests on freight transport on the Betuweroute in the Netherlands.

The ATO system automates the train driver’s operations while they focus on supervision tasks. The tests should optimise the railway operation; reducing energy consumption, increasing comfort for the riders, providing added value and updating the railway modernisation. This system has already proven itself on metro networks.

The trains equipped with ATO operate at closer intervals, which increases the capacity of the railway network and, because the trains operate more uniformly, it allows for reduced energy consumption. Automated operation does not require expensive infrastructure changes and therefore is one of the clear next steps to meet the Paris Climate Agreements, whilst adding extra value to the operators.

These tests will be performed with a GoA level 2 of automation on the ERTMS equipped Betuweroute – a 150km double-track freight line connecting Rotterdam to Germany.

With the test drive focusing on ATO application on freight transport, the purpose is to perform a live demonstration with a locomotive running in ATO from the Rotterdam Harbour district to CUP Valburg in eastern Netherlands. The locomotive, provided by RRF, will run approximately 100km without driver intervention on rail sections equipped with two different ERTMS levels (1 and 2).

The Betuweroute was successfully equipped by Alstom with the European standard signalling system ERTMS 10 years ago and ERTMS supports automatic operation better than the classic security systems. Automatic shunting movements on the yard of CUP Valburg will also be tested.

“Automated trains are on the innovation agenda of several countries and Alstom is leading the development of ATO for rail,” said Gian-Luca Erbacci, Alstom’s Senior Vice President in Europe. “Alstom’s close collaboration with ProRail and RRF will contribute to support the progress of new technology and create a more attractive, more competitive and more sustainable rail system.”

By being closely involved in these developments, ProRail and RRF show their willingness to bring automated trains in the Netherlands and contribute to the development of a modern railway system.