Eurostar’s new 10 point plan in support of the 2016 Paris Climate Agreement is committing to the reduction in pollution, waste and use of plastics whilst encouraging rail travel over other transport options… 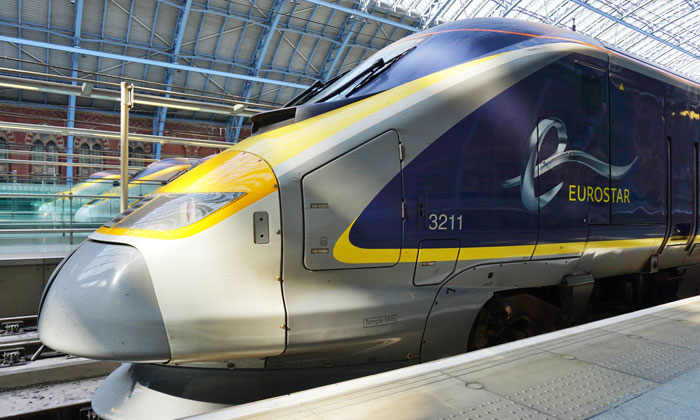 Eurostar has unveiled an ambitious 10 point plan in support of its Tread Lightly environmental commitments and in line with the 2016 Paris Climate Agreement and the Science Based Targets Initiative.

The new targets are built on the results of the last eight years during which Eurostar has reduced carbon emission by 32 per cent and cut the business’s waste by 50 per cent.

The company also want to promote high-speed rail in favour of flying due to the significant environmental benefits. A Eurostar journey from London to Paris emits 90 per cent less greenhouse gases in comparison to the short haul flight. With over 4 million passengers travelling by air to Amsterdam from London per year, Eurostar have planned an upcoming service from the UK to the Netherlands to reinforce high-speed rail as the most environmentally responsible choice.

This new journey from London to Amsterdam by rail emits 80 per cent less carbon per passenger compared to a flight. The new high-speed rail service can transport the equivalent of eight flights per day; over 50 flights per week; over 2,600 flights per year.

Nicolas Petrovic, Chief Executive of Eurostar, said: “Over the last eight years we have reduced our carbon footprint by over 30 per cent but given the scale of the challenge facing the environment, we are now setting stretching new targets. High-speed rail plays a pivotal role in encouraging the switch to more sustainable modes of transport and we are committed to increasing our energy efficiency and reducing our waste across the business.”

Central to Eurostar’s Tread Lightly programme is the reduction of waste. The company have committed to reduce their consumption of plastics by 50 per cent by 2020 and consequently plastic straws have been removed from all trains and lounges.

Across the UK, France and Belgium Eurostar has made a conscious effort to not just travel through the countries but to engage with the communities. This has resulted in a multitude of initiatives including a Homework Club, a work experience programme, language skills support and a longstanding apprenticeship scheme.

Nicolas continued: “As a business working across a range of destinations we have always had a strong sense of responsibility to our environment and the communities in which we operate. We value the relationships we have forged with local schools and are committed to building on our commitments over the coming years”.

The 10 point plan is detailed below:

1. To make a reduction of 5 per cent of train energy by 2020. Train energy represents the majority of the power taken from the national grids to operate trains

2. To reduce traction energy by using energy meters on-board the e320 trains and delivering an energy efficient driving programme to all train drivers by 2020

3. To introduce alternatives to fossil fuel energy for all train journeys across the markets by 2030

4. To invest in renewable energy at the UK depot, the biggest industrial facility with a substantial footprint, by installing banks of solar panels

5. To continue to prevent waste from going to landfill at the stations and work with partner railways to achieve more segregation of waste and increase rates of recycling

6. To commit to reducing waste on board, working with catering suppliers to reduce waste at source and using best industry practice to find innovative alternatives to traditional packaging

7. To set up a working group focused on reducing the usage of ‘plastic’ with the clear remit of finding new alternatives to plastic. The aim is to reduce the consumption of plastic by 50 per cent by 2020

8. Over the last 10 years Eurostar have significantly reduced the amount of paper used by thousands of tons. Using digital technology the aim is to eliminate paper ticketing with a reduction of 50 per cent by 2020

9. To commit to exchanging all the vehicles owned for electric alternatives by 2020. In the meantime, Eurostar will work with the supplier to accelerate the switch of its vehicles, electric refrigerated HGVs in particular

10. To improve sustainable food credentials further by up-grading the 2-star rating from the Sustainable Restaurant Association for on-board and business lounge food and drink to a 3-star rating by 2020.