The success underlines the combined efforts of Network Rail, the supply chain and the train operators that have worked over the last five years on this project whilst demonstrating how an industry approach is the way to solve future railway capacity issues… 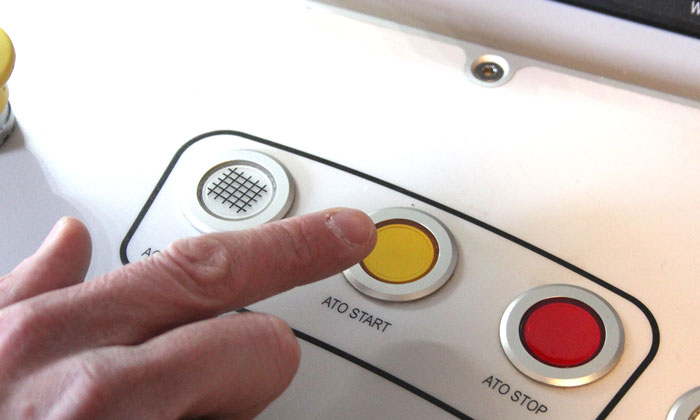 Govia Thameslink Railway (GTR), alongside Network Rail and Siemens, completed a world-first by running Automatic Train Operation (ATO) over ETCS (European Train Control System) on the mainline railway during passenger service. The success is a milestone for the rail industry on its digital railway journey.

On 17 March 2018, a southbound eight-car Thameslink train automatically brought itself to a halt at London St Pancras International after having transitioned into ETCS Level 2 Full Supervision and then ATO on its approach.

The driver was checking the platforms, closing the doors and then selecting ATO and the train, with in-cab signalling, continued under automatic control through Farringdon, City Thameslink and London Blackfriars. It transitioned out of the system on its exit from London Blackfriars when heading towards Elephant & Castle.

GTR’s Systems Integration Manager, Jim Doughty, said: “This is a real world-first. It is the culmination of a programme that we have been involved in since the start of our franchise three years ago and it has been running continuously since the start of the £7 billion Government-sponsored Thameslink Programme.

“These runs will not only help build industry confidence in the system but also facilitate the delivery of a world class training package to our drivers in readiness for the increase in services.

“This system will allow us to run our final high intensity Thameslink service of up to 24 trains per hour each way, with 70 per cent more seats through the centre of London, linking new communities and cutting journey times for thousands of passengers.”

GTR ran nearly 200 day and night shifts of testing since April 2016, when it began proving ETCS dynamically at Network Rail’s ETCS National Integration Facility. The company had to demonstrate to the ORR that the necessary amendments to the Health & Safety Management System were made before the trains were allowed to operate in both ETCS and ATO during a passenger service.

Mark Ferrer, Operations Director Digital Rail, Siemens said: “This brings to life the hard work and commitment from the entire team, including Siemens, Network Rail and GTR, proving the operation of digital signalling on a critical part of the railway infrastructure and realising the future of train control. The introduction of this technology, which was developed and delivered in the UK, maintains the UK’s position as a world leader in the application of technological solutions to the train control infrastructure, something that as an industry we aim to build on and further deploy.”