The new or rebuilt locomotives that will be used for the National Network diesel fleet will provide more reliability, a smoother ride and improved safety features… 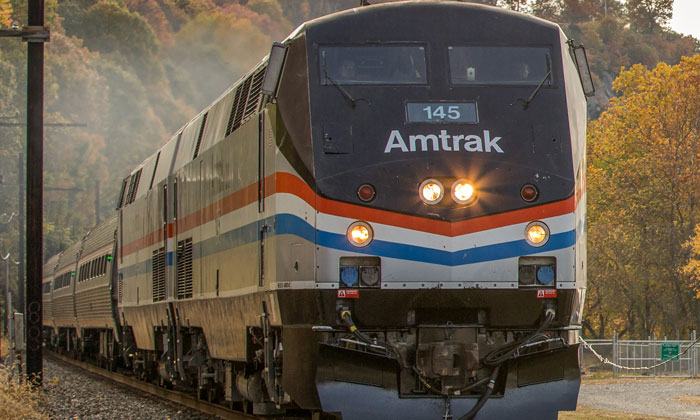 With the demand for their services increasing, Amtrak is planning to either acquire new locomotives or rebuild its current diesel fleet to supplement and replace its aging National Network diesel locomotive fleet used on long distance and some state supported routes.

In a Request for Proposals (RFP), Amtrak will rebuild its current diesel fleet or purchase a minimum of 50 to 75 next-generation locomotives, with the option to rebuild or acquire additional units. The locomotives will offer upgraded safety features, have increased horsepower and emission levels as low as possible.

“Our diesel locomotive fleet is nearing the end of its life expectancy and we must now modernise Amtrak for the future,” said Amtrak President and CEO, Richard Anderson. “We expect any new, state-of-the art locomotive to offer improved reliability, a smoother ride, improved safety features and make major contributions towards lowering emissions. We’ll also consider how rebuilding options of the current fleet could achieve these goals.”

Amtrak passengers can now select their seat ahead of boarding…

The rebuilt or new locomotives will primarily replace Amtrak’s aging P40 and P42 locomotives, some of which have been in service for more than 25 years. As part of the contract award for the locomotives, Amtrak will seek to enter into a multi-year ‘Technical Support, Spares and Supply Agreement’ to ensure an optimal and cost-effective maintenance strategy.

Additionally, the rebuilt or new locomotives are part of the long-term upgrades that include buying modern Acela trainsets, ongoing improvements at New York Penn Station and the new Moynihan Train Hall and further development of stations in Chicago, Washington, D.C., Baltimore and Philadelphia.