A new £5 million building at Newton Aycliffe has been completed and opened, increasing the production levels and the number of jobs available. 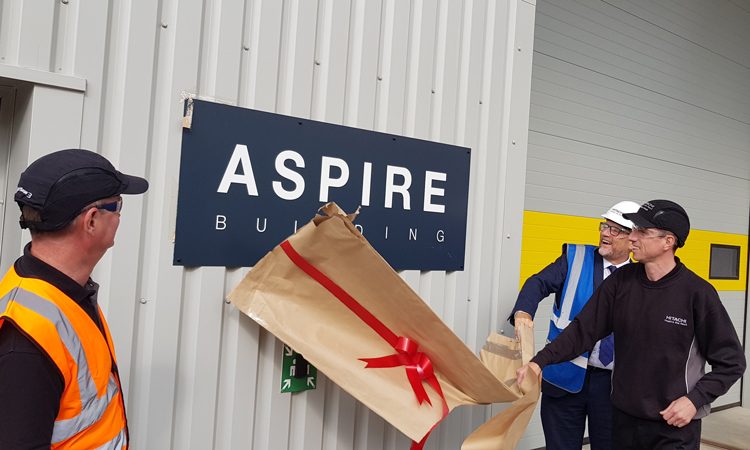 Hitachi has announced the opening of a new building at their train factory in Newton Aycliffe, County Durham.

The £5 million building, which will increase production capacity, means Hitachi’s total investment in the site reaches over £100 million.

Ross Nagle, Chief Operating Officer for Manufacturing, Hitachi, said: “Our train building team are delivering truly world class trains to run across the country and this new building is another step in Newton Aycliffe’s development. We are proud to add a new chapter to the region’s rail heritage and to witness our long-term investment making a real impact to manufacturing in the North.”

Hitachi’s investment in Newton Aycliffe has supported thousands of jobs in the North. As well as creating 730 permanent roles at the factory, Hitachi uses a British supply chain for train parts.

The train builder has spent over £628 million in the past few years using 1,166 British suppliers who employ thousands of people. This is part of a long-term investment in British manufacturing.

Phil Wilson MP said: “The ripple effect of Hitachi’s investment is being felt across the North East, for every one job created by them an additional 1.5 are created nearby. I’ll be working hard to help Hitachi win more orders, which will not only support train building jobs, but also thousands more in the regional supply chain.”