Network Rail signs a five-year contract with JCDecaux to handle in-station advertising and the transition to 100 per cent digital advertising. 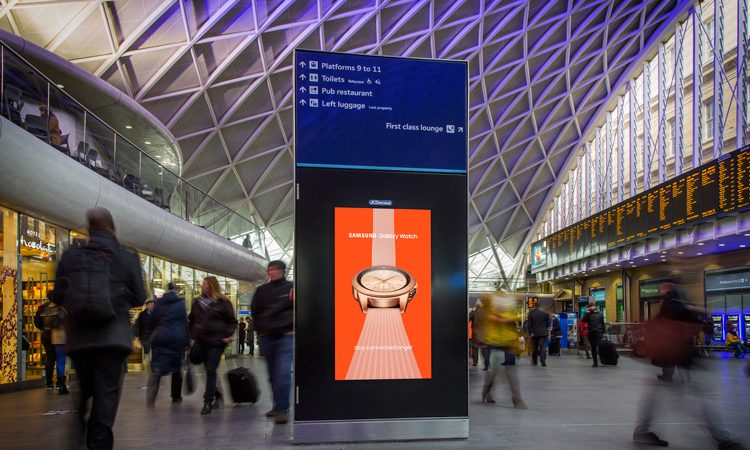 JCDecaux SA and Network Rail have signed a deal that will see the advertising company deliver an improved station environment – a 100 per cent digital transport environment at Network Rail stations.

The new contract begins in December 2018 and will provide Network Rail with significant income to be reinvested back into the railway, helping to support the Railway Upgrade Plan. It will also provide additional benefits for station users such as interactive information screens, providing passengers and their stations with better information about the station they are in and how to navigate it.

David Biggs, Managing Director at Network Rail Property, said: “Our new contract with JCDecaux is great news for both passengers and advertisers. With 900 million journeys starting, passing through and ending in Network Rail managed stations every year, these environments are hugely attractive places for brands to execute advertising campaigns.

“By working with partners to enhance stations’ advertising and commercial assets, Network Rail aims to create world-class environments that surprise and delight our customers, while generating vital funds to reinvest back into the railway and reduce the burden on the taxpayer.

“We’ve been extremely pleased with the positive response we have had from passengers to the innovative advertising experiences that we’ve delivered with JCDecaux in recent years and we are excited that the extension of our partnership will help us deliver even more of these campaigns.”

Since the partnership between Network Rail and JCDecaux began in 2010, it has introduced Europe’s largest indoor advertising screen at London Waterloo station, brought large full-motion screens to London Bridge and championed spectacular experiential campaigns. Many of these campaigns have been delivered within iconic listed station buildings, all the while keeping the stations running safely.

Jean-François Decaux, co-Chief Executive Officer at JCDecaux, said: “We are delighted to have been awarded this contract and to continue our successful partnership with Network Rail that began in 2010. Network Rail’s managed stations are a fantastic and powerful platform, with huge footfall in the largest cities in the UK. In a global first, JCDecaux will fully digitise Network Rail’s advertising portfolio. This will transform the ability to target the full customer journey. Network Rail’s managed stations will continue to be a showcase for out-of-home creativity and digital expertise and the go-to environment for the biggest and best experiential campaigns.”