Following a public consultation, 72 per cent of respondents support the potential new rail link from Reading and Slough to London Heathrow Airport. 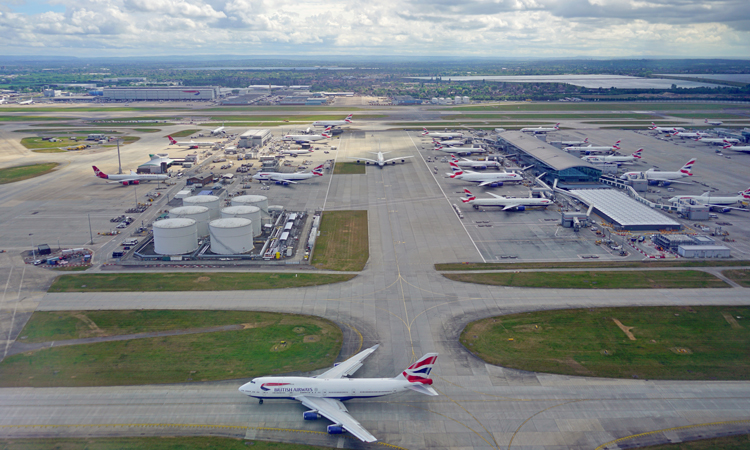 Proposals for a new rail link from the Great Western Main Line to Heathrow Airport have been given a boost with a large majority of people backing it during the statutory public consultation carried out earlier in 2018.

Views were sought from rail users, communities, businesses and other interested parties, and 1,333 responses were received via post, email and on Network Rail’s official consultation website, building on the previous 1,000 responses received during two previous rounds of public engagement and consultation in 2015 and 2016.

The link would allow passengers throughout the West, and beyond, to travel directly to Heathrow Airport from Reading, Twyford, Maidenhead and Slough, without having to change at London Paddington. This would make journey times to Heathrow as short as 26 minutes from Reading and just seven minutes from Slough. It would therefore help ease congestion on the roads and bring economic growth and new jobs into the Thames Valley and surrounding areas.

Mark Langman, Route Managing Director for Network Rail’s Western route, explained: “We are delighted that the proposals have been given the overwhelming support of the public, businesses and stakeholders. We have also heard the concerns of some local residents so will continue to work hard to make sure our final plans, which will be submitted for consent in 2019, work with other developments in the area.”

The proposed Western Rail Link to Heathrow would leave the Great Western Main Line between Langley and Iver via a short stretch of open railway before entering a new five kilometre tunnel. The tunnel would pass under Richings Park and Colnbrook and then join existing underground rail lines at Heathrow Terminal 5.

The majority of the proposed rail link is therefore underground. However, the new tunnel would require up to five access buildings above ground along the route, with two of these buildings also providing ventilation.

Following the consultation, all responses have been analysed and Network Rail will publish finalised plans and hold public information events immediately prior to submitting the application for a Development Consent Order (DCO) to the Planning Inspectorate in mid-2019. This will seek the required consent to build the new railway, with a final decision by the Secretary of State for Transport. 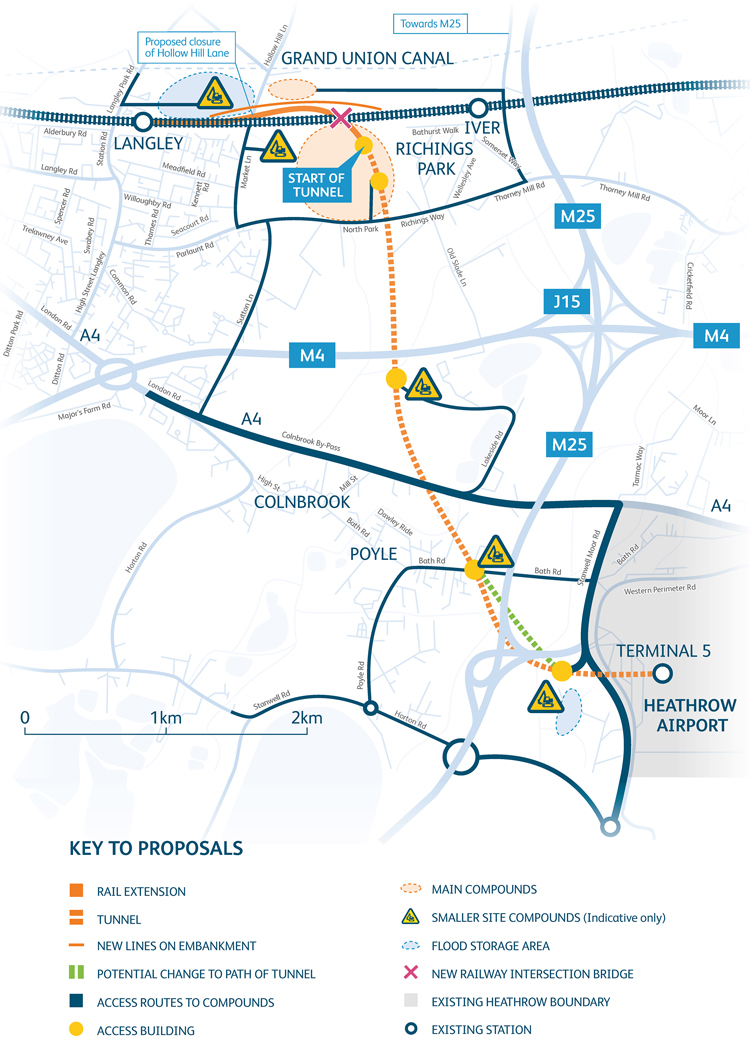