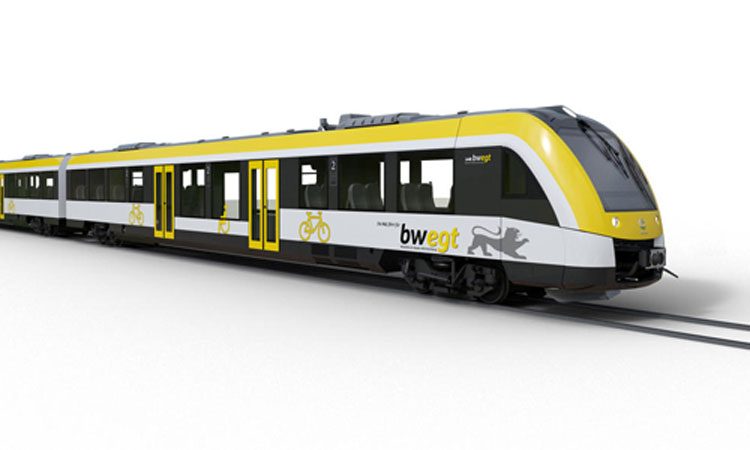 The Lint trains will be built at Alstom’s site in Salzgitter, Lower Saxony, and delivered in the second half of 2020. They will then start operation on the Zollernalbbahn network in southern Germany. The value of the contract is close to €80 million.

The Coradia Lint 54 is a fuel-efficient diesel multiple-unit train that can reach a maximum operating speed of 140 km/h. The two-part trains have low floors and have a seating capacity for a total of 150 passengers, as well as 18 bicycle parking spaces.

They include a comfortable, spacious seating arrangement in which almost every fixed seat is equipped with tables for laptops. The trains are all equipped with WLAN, an entertainment and passenger information system with monitors for static and dynamic information and video surveillance to ensure a high level of passenger safety.

“Following the delivery of these trains there will be a total of 33 of our Coradia Lint vehicles in operation in Baden-Württemberg. With this order we will once again prove our delivery reliability, accommodating an extremely tight timeframe. As with the delivery for the ‘Ulmer Stern’ network, we will manufacture and deliver the trains in less than a year and a half,”said Jörg Nikutta, Managing Director of Alstom for Germany and Austria.

Alstom’s Coradia Lint trains have been operating in more than 30 networks in Germany, Europe and Canada since the year 2000. They offer a high standard of safety, noise reduction and low emissions. The trains belong to Alstom’s Coradia range of modular trains, which benefits from over 30 years of expertise and proven technical solutions and includes the world’s first hydrogen passenger train, the Coradia iLint. More than 2,900 Coradia trains have been sold so far and around 2,400 are currently in service.