The UK’s ORR has released a new way of measuring punctuality which is hoped will help the industry focus on boosting performance for passengers. 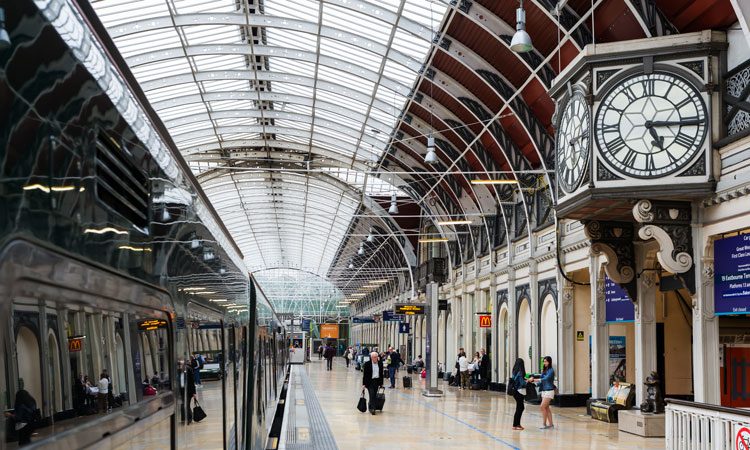 New-style statistics from the UK’s rail regulator – the Office of Rail and Road (ORR) – show that 64.7 per cent of stations were arrived at on time in the year to June 2019.

The statistics use the new ‘On Time’ punctuality measure, which registers trains as being on time only when they arrive at station stops within one minute of their scheduled time.

The more widely-reported measure for punctuality – the public performance measure (PPM) – registers trains that arrive within five or 10 minutes of their scheduled arrival time, dependent on the service. ‘On Time’ is measured at station stops along the route whereas PPM only measures punctuality at each train’s final destination.

The new-style measurement will help industry provide a better service to passengers by pinpointing the issues that cause delays and assisting it to focus on the solutions with better and more useful data.

Lyndsey Melbourne, ORR Head of Information and Analysis, said: “We are publishing these new measures of punctuality and reliability to aid transparency of train performance and to help the industry focus on exactly where problems are arising and therefore direct their efforts on finding a solution – so passengers will benefit as solutions are found more quickly and more trains arrive on time.”

The figures also show that 2.8 per cent of trains were cancelled in the last year, down 0.1pp from the previous year. More than half of all cancellations were down to train operating companies, for reasons such as a train fault, while 27.8 per cent of cancellations were down to Network Rail operations and infrastructure such as track and signalling faults. 17.1 per cent were caused by issues such as severe weather and trespassers.

Secretary of State for Transport, Grant Shapps, said: “Commuters just want their trains to run on time and that’s my first priority. New statistics published will stop masking whether trains are really on time. I believe this is a step in the right direction, providing more accountability and transparency to help hold operators to account, but much more needs to be done to get performance to where it should be.”

He continued: “I [have] met with the heads of rail companies and industry leaders where I set out the pressing need for concrete action to deliver improvements in the short-, medium- and long-term. What was clear was the joint passion and drive of both government and rail industry to create a railway where the focus was on every minute for passengers. This won’t be instant but the Williams Review, published this autumn, has the right ideas: clearer accountability, greater local control focused on passengers and performance.”

Andrew Haines, Network Rail’s Chief Executive, said: “Passengers tell us punctuality is the most important thing for them which is why, since joining Network Rail, I have restructured the company to make this the key focus. We’re making progress, as today’s figures show, but we know there is much more to do and together as an industry we won’t stop until passengers get the reliable railway they deserve.”

Anthony Smith, Chief Executive of the independent watchdog Transport Focus, said: “Passengers’ biggest priority for their train service is punctuality – they need to be able to rely on getting to work, home, or crucial appointments at the expected time. Clearly one-third of trains running late is not acceptable. Transport Focus welcomes the industry heeding its call for the figures to reflect actual arrival times rather than allowing trains up to 10 minutes late to count as ‘on time’. This will help rebuild trust in the railway. But proper reporting isn’t enough on its own, so we are pleased to see this renewed focus on driving up punctuality.”