The new commitments include plastic-free service, planting a tree for every Eurostar train service, and gaining a third star from the SRA for food service. 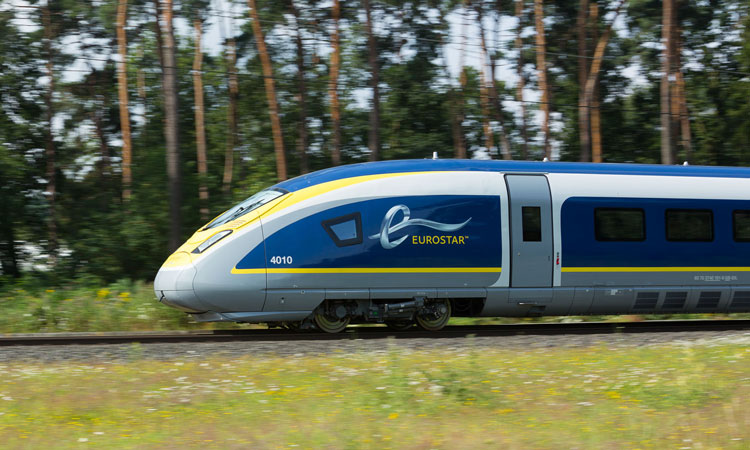 In order to mark its 25th anniversary, Eurostar have announced two new initiatives that will build on its 2007-established Tread Lightly programme.

Eurostar’s CEO, Mike Cooper, said: “Over the last 25 years, we have led the way in cross-Channel high-speed rail, revolutionising the links between the UK and mainland Europe. We have always had a strong sense of responsibility for the environment but as the demand for sustainable travel becomes increasingly critical, we believe we can raise the bar. With our environmental ambitions we are providing an attractive, eco-friendly alternative to the airlines.”

Marking its commitment to environmentally friendly travel, Eurostar is now running plastic-free trains between London and Paris. Single-use plastics have been completely eliminated in a demonstration of the company’s sustainable ambitions for its onboard experience. The journey will feature wooden cutlery, recyclable cans of water, glass wine bottles, paper-based coffee cups, and eco-friendly food packaging.

Eurostar’s second commitment comes in the form of a pledge to plant a tree for every train service that it operates across its routes. From 1 January 2020, Eurostar will work in partnership with the Woodland Trust, ReforestAction, and Trees for All to plant an additional 20,000 trees every year in woodlands across Eurostar’s markets of the UK, France, Belgium, and the Netherlands.

The company has also been awarded the highest rating of three stars from the Sustainable Restaurant Association (SRA) for its commitment to serving sustainable, responsibly sourced food on board. The accreditation is only given to those who ensure that ingredients are seasonal, Fairtrade, or organic, not air-freighted, and sourced from farmers with high environmental and welfare standards. Eurostar has held a two star rating since 2012.

Raymond Blanc OBE, Eurostar’s Business Premier Culinary Director, said: “Working with Eurostar demonstrates that good food can be produced sustainably, even with the challenges of serving food whilst travelling at high-speed. The new three-star rating from the SRA is brilliant recognition of the efforts Eurostar put in to ensuring customers can enjoy delicious food whilst respecting the environment.”

Since its beginnings, Eurostar have prioritised the environmental benefits of its services, encouraging the switch to sustainable methods of transportation and reinforcing the company’s position are the most sustainable choice for short-haul European travel.

Following the establishment of its Tread Lightly environmental programme, Eurostar has reduced its carbon footprint by over 40 per cent. With each journey emitting up to 90 per cent less greenhouse gas than the equivalent flight, and less carbon emitted per passenger than a single car journey from central London to London Heathrow Airport, the environmental benefits of high speed rail are evident.