In this video interview taken at InnoTrans 2022, Josef Doppelbauer, Executive Director of the European Union Agency for Railways (ERA), spoke with Global Railway Review about ERA’s mission, achievements in rail’s digital transformation, the challenges facing rail’s workforce, and what the future of mobility looks like.

With ERA’s mission to move Europe towards a sustainable and safe railway system without frontiers, Josef was keen to explain exactly what this means and what more needs to be done to make that vision become a reality.

Josef also answered questions around the continued development into rail’s digital transformation, how the sector must overcome the challenges facing rail’s workforce and what the future of mobility looks like and what part will rail transportation play.

Josef Doppelbauer holds a degree and a Doctorate, both in Physics. He started his career at the Alcatel Research Centre in Vienna where in 1997 he became Technical Director. In 2001, he joined Alcatel Transport Automation Solutions as Chief Technical Officer. Josef joined Bombardier Transportation in December 2002, first working in the Rail Control Solutions division, where he held several positions in Engineering, Sales and as President. In 2008, he moved on to the global headquarters of Bombardier Transportation in Berlin. From July 2008 to June 2012, he was Vice President Project Management, and from July 2008 to December 2013 Chief Technical Officer. Between January 2014 and December 2014, he was appointed Vice President Research and Technology for Bombardier Transportation. He has 25 years of experience in key aspects of railway technology, including signalling and communications and control. Since the early 1990s, he has been involved with the development of the European Rail Transport Management System (ERTMS). Josef is the current Chairman of the European Rail Research Advisory Committee (ERRAC). From 2011 to June 2014, he was the Chairman of the Shift2Rail Steering Committee and represented Bombardier Transportation in the Governing Board of Shift2Rail. Since January 2015, Josef has been the Executive Director of the European Union Agency for Railways (ERA).

Watch the video interview above or on the Global Railway Review YouTube channel link now. 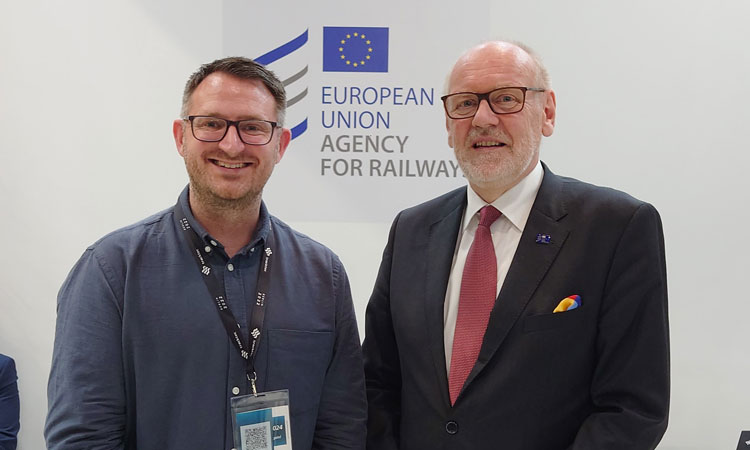