From the Community of European Railway and Infrastructure Companies (CER), Libor Lochman (Executive Director) and Ester Caldana (Senior Policy Adviser for Social and Public Affairs) explain that promoting the rail sector’s credentials will help to overcome recruitment challenges and make the industry appealing to new generations. 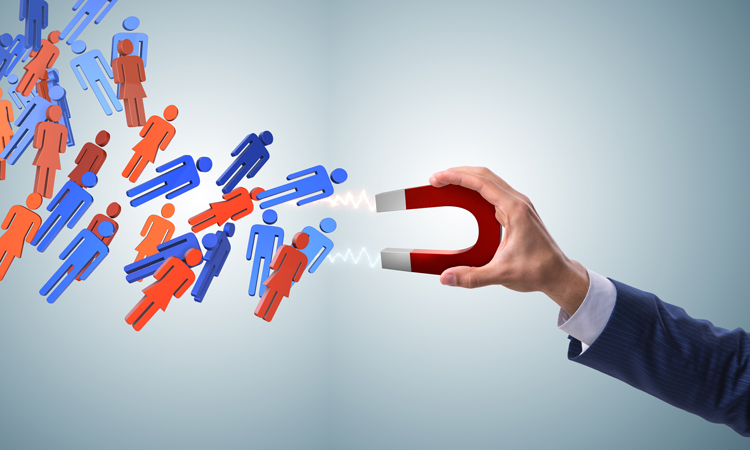 In recent years, the global debate about climate change and the ambitions set in the 2015 Paris Climate Agreement have led to the recognition of the part that railways can play to alleviate the impact of the transport sector on the environment and citizens’ health. The European Union (EU) political debate is now centred around the Green Deal for Europe, with an expected focus on the transport sector’s contribution to decarbonisation goals, where railways should play a paramount role. Beyond the realm of legislation, rail can benefit from increased environmental awareness and broader public support, which has been fully acknowledged by the European Commission (EC) with the proposal to declare 2021 as the ‘Year of Rail’1.

How railways will rise to the challenge and make use of this momentum also relies on their ability to scout and retain a skilled and talented workforce amidst an increasingly competitive and multi-actor market. However, it can be assumed that the new attention to railways will also be a catalyst for an increased interest in railways as an employment choice.

An unexpected aspect – the COVID-19 crisis

In the context of the COVID-19 crisis, railways’ frontline workers were recognised for the essential nature of their activities and they have adapted quickly to working in unprecedented circumstances, showing resilience and commitment, but not without personal sacrifice.

Conscious of staff and customer wariness about the use of public transport, companies are putting in place measures to guarantee the health and safety of all people involved. As a first essential step, CER and its members are supporting European institutions to emphasise our health and safety guidance2, which can restore trust among staff and passengers as services start again and aim to recover their pre-crisis pace.

It is still too early to estimate the longer-term impact of the crisis on workforce management and working conditions in the sector. This is very likely to be different for administrative and frontline operational staff, and it will have to reflect wider social trends and political decisions.

Getting the talents on board

Regardless of the current extreme circumstances, railways already face recruitment challenges due to an outdated image and difficulties in appealing to some demographical groups”

Regardless of the current extreme circumstances, railways already face recruitment challenges due to an outdated image and difficulties in appealing to some demographical groups. Fortunately, there is a positive prospect: railways can put forward their green credentials and promote their high technological innovations in order to win the war on talents that puts them in direct competition with other transport and non-transport industries.

The professionalism and dedication of staff enables railways to fulfil their economic and societal role – be it in frontline positions (such as train drivers, on-board staff and station staff), or more behind the scenes (in offices, workshops, control rooms, dispatching centres). Drawing the right talents and expertise to the sector can ensure its innovative power, and a link to the society that railways are serving.

As a 2016 study carried out by the European railway social partners3 showed, railway companies are facing multiple challenges when it comes to attracting the workforce they need: a general low attractiveness of the sector compared to other ‘competing’ ones; an unbalanced age pyramid (‘over 50 per cent of the workforce were over 50 years old in 2016’, European Commission, RMMS report (20194)); and the struggle to recruit among women and younger generations. The surge in the number of actors on the market and the opening of the national passenger markets are also likely to sharpen the competition for a qualified workforce. Overall, the recruitment needs of the bigger railway companies are estimated in terms of thousands per year, especially as an old workforce is leading to very high turnover rates.

In this context, rail’s environmental credentials and digitalisation are valuable assets in companies’ recruitment strategies, especially in order to appeal to new generations looking for a best possible match between socially responsible and tech-savvy businesses.

The negative perception about the transport sector, and rail more specifically, as well as the lack of knowledge about the actual employment offer of rail companies, are major obstacles in the sourcing of candidates: these aspects have been brought to the surface by both the aforementioned 2016 social partners’ study and a study carried out in 2017 for the European Commission’s DG MOVE on the attractiveness of transport for future generations5. The latter also underlined the key features that younger generations look for in a job, among which career prospects, fair pay and job security were the aspects most highly valued, and they can all be found in the railway business.

The reports also underline how younger generations pay more attention to good and fair working conditions, and work-life balance is part of it. In this last respect, not only can technological developments help to improve overall working conditions, but provisions put in place to attract and retain more women also trigger wider positive effects that improve the sector’s image.

In what is, historically, a ‘male-dominated’ sector, many railways have developed targeted measures to attract and retain female employees”

In what is, historically, a ‘male-dominated’ sector – especially in the technical professions and higher hierarchical levels – many railways have developed targeted measures to attract and retain female employees. Since 2012, the EU-wide progress is monitored via the annual Women in Rail reports6, promoted by CER together with the European Transport Workers’ Federation (ETF). The average share of female employees in the surveyed companies is only slightly above 21 per cent, with a minor increase over the years. However, positive trends are visible at the company level, where the progression in female employment is rather steady, also among specific professional groups. Recently, the members of CER and ETF have concluded that an EU-wide push is necessary to stimulate further progress and, in 2019, they started the negotiation of a European agreement7 that will identify and promote positive actions in favour of gender equality and equal opportunities.

Railway companies are actively competing in the labour market for talents and a skilled workforce. Studies and available data have shown what the challenges are – these are both practical, linked to the job characteristics of many of the essential rail professions (e.g. shift work, manual work), but also perception-based, related to an outdated external image of the sector.

In this context, the fresh interest in railways in the political arena and in travellers’ modal choices shines a welcome spotlight on railway companies, which can use their green credentials and positive societal impact as further attractive factors in their recruitment and employer branding strategies.

Libor Lochman has been Executive Director of the CER since 1 January 2012. Libor graduated at the Transport University in Zilina and has a doctorate in electronics from the West-Bohemian University Plzen. He has an extensive background in control-command and signalling systems and was previously the Director of the Railway Test Centre – a facility for testing European rolling stock, infrastructure and signalling components in Prague. Libor joined the Advisory Board of Global Railway Review in January 2013 (then known as European Railway Review).

Ester Caldana is Senior Policy Adviser for Social and Public Affairs at CER, where she has been working since 2013. Responsible for CER’s work in the field of social affairs, she ensures the association’s contribution to the activities of the European Sectoral Social Dialogue for Railways. Ester holds a master’s degree in International Relations and Diplomacy from the University of Trieste and an executive master’s degree in Human Resources from ICHEC, Brussels. Before joining CER, she experienced working in the EU institutions with traineeships in the DG Home Affairs of the European Commission, and with the Permanent Representation of Italy to the EU.