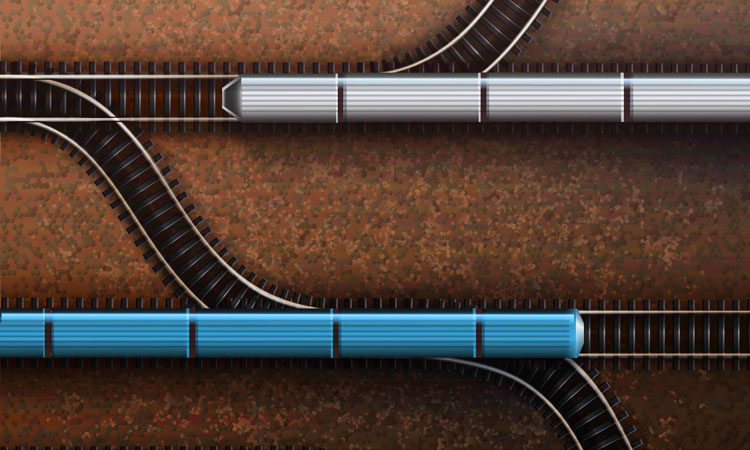 The last year or so has undoubtedly been challenging, with new working practices and potentially a new way of life as we know it.

How the rail industry adapted, as has been commonplace across many other sectors, to the restrictions, has been nothing short of amazing. Development work has continued at pace on mega rail projects up and down the country, something that should be commended.

As we look forward to restrictions easing in Britain, perhaps becoming a thing of the past by late-July 2021, there are still many questions yet to be answered.

But one thing is for certain – the future in rail is an undeniably exciting one, with programmes of work progressing at a local, regional and national level.

Transport, and in particular rail, has arguably gained an even greater importance as we look to build back a better future in a post-COVID-19 world. A future that delivers a sustainable, integrated transport system giving people access to better opportunities, creating jobs and unlocking the huge potential of regions – like the North of England – that for decades have not seen comparable levels of investment in infrastructure that London and the southeast has benefitted from.

The role of Northern Powerhouse Rail (NPR) programme to a prosperous North is inextricably linked. The programme connects the region, from Liverpool in the west to Hull in the east, and the major urban areas in-between. Through a set of transformational rail interventions that will revolutionise inter-city connectivity and allow the region to act as a single entity greater than the sum of its individual parts.

Make no mistake, NPR will be a monumental undertaking delivered over many years and through several different contracts.

That is why the imminent decisions to be made in the government’s Integrated Rail Plan are so pivotal. They may well define the North’s future for the next century, which is why these choices must be the right ones and in step with the ambitious vision of Northern leaders. That includes delivery of NPR and HS2 in their entirety.

Make no mistake, NPR will be a monumental undertaking delivered over many years and through several different contracts.

Delivered by the North, for the North

Northern Powerhouse Rail is a once in a generation opportunity to transform a creaking railway, to give Northern passengers a service they deserve.

It is fair to say that NPR will be the most complex piece of infrastructure work ever undertaken in Britain. The construction of new lines, upgrades to existing infrastructure and the topography of the region are just a few reasons as to why.

Overcoming these challenges successfully, for the good of the 15 million people that call the North home, will be defined by our relationship with the supply chain. They will innovate to provide the solutions if the right level of government commitment is there.

At the moment, I regularly meet with the supply chain on an almost weekly basis to ensure they are aware of the complex challenges the programme presents. And I am confident that, once a level of commitment is defined, we will find the solutions.

Northern Powerhouse Rail is a once in a generation opportunity to transform a creaking railway, to give Northern passengers a service they deserve.

Ideally, we want it to be delivered by the North, for the North. Places such as Doncaster and York – the location of internationally recognised rail companies – show that the North has the potential to deliver major rail infrastructure improvements now and in years to come. Businesses of all sizes across the region have a role to play in delivering this mega rail programme.

…it is essential that transport investment not only unlocks economic and social benefits, but environmental ones too.

Speaking more broadly, we are facing an existential crisis – climate change. Therefore, it is essential that transport investment not only unlocks economic and social benefits, but environmental ones too.

High-speed electrified rail schemes like NPR and HS2, as part of a rolling programme of electrification rail works, have a pivotal role to play in ensuring we meet that challenge and hit net zero carbon targets. NPR alone will remove 58,000 car journeys off the road network each day.

The green credentials of electrified rail are clear once these schemes are in operation, but we want to go further and be an exemplar during construction with sustainability at the heart of everything we do.

When it comes to construction, we will also be looking at including more environmental criteria in our assessment criteria around construction in the future, such as carbon impact.

As part of this we are embedding the consideration of embodied carbon within our project appraisal processes, so we can understand the relative carbon intensity related to different design options and the aspects within our schemes generating the highest amount of embodied carbon emissions.

We need to understand our construction carbon baseline – as comprehensively as possible, and then set a reduction target against that baseline – and we’re going to do that during the next period of design. It is during the initial concept design stages where the opportunity to reduce carbon is greatest.

When it comes to construction, we will also be looking at including more environmental criteria in our assessment criteria around construction in the future, such as carbon impact. We want tender bidders to show how they are striving for net zero as a business.

Our ambitions for the North of England’s rail future are bold; NPR is a multi-billion-pound programme, the largest investment in the region since the Industrial Revolution.

But to break off the shackles that have constrained the North for the last 40 years, transformative solutions are needed. We need to continue working collaboratively at all levels to ensure delivery is successful; the role of the supply chain to that cannot be understated.

Tim Wood has over 25 years’ experience in railway design and delivery. He has previously held two rail director positions in the private sector and is known for early development of rail private public partnership schemes, as well as partner and stakeholder management. Tim’s current role is to drive transformational economic change within Britain’s pan-northern area of the rail system, with a primary focus on improving connectivity between the six major city regions in the North and Manchester Airport. 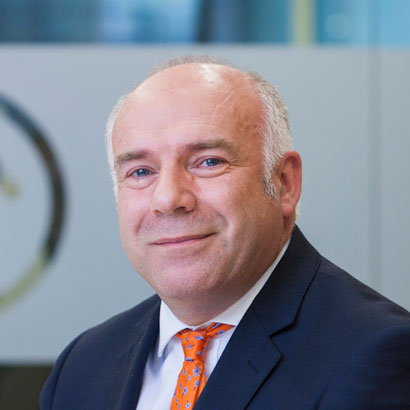