The Rail Safety and Standards Board (RSSB) is continuing to support innovative solutions to improve the lifecycles of bogies and wheelsets. In this interview for Global Railway Review, Neil Dinmore, Principal Engineer of Structures and Materials at RSSB, provides an update on project progress. 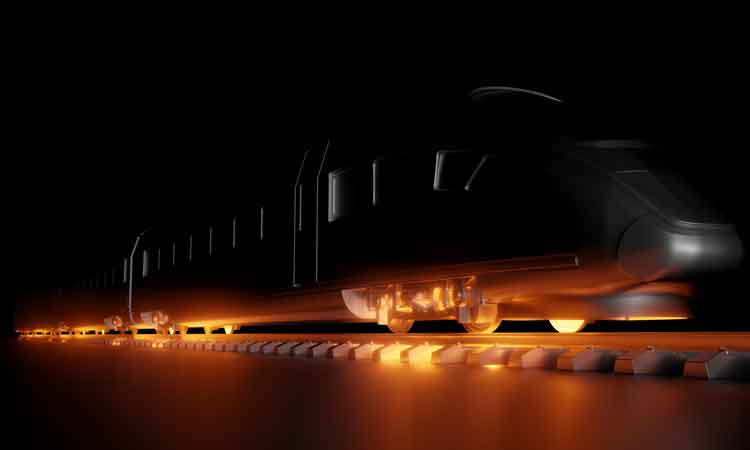 It has been two years since you last wrote for Global Railway Review about the three innovation projects you’re involved in. Can we start with a reminder of how these projects started?

Of course. RSSB launched a Vehicle Dynamics Competition in 2016. The winners were awarded funding from the Department for Transport (DfT) on the basis that the industry stakeholders also contributed resources and funding. The winning projects aimed to exploit technology from other industries, such as aerospace and automotive. When I joined RSSB in 2018, I was asked to be technical lead for these projects which were already underway.

True! Vehicle structures has been my principal area of expertise for much of my career, and I’ve been involved in fire and materials performance for around a decade. However, I have worked extensively in the areas of vehicle dynamics and wheel-rail interface management. I’m a firm believer in the railway as a system (resisting the tendency to put things in silos), and I’m sure many would agree that structural and dynamic performance are complementary. Also, the Rolling Stock standards team at RSSB is relatively small; we therefore have to balance our skills with our availability, offering a great environment to expand our expertise.

I was also appointed Convenor of the European Standards Working Group on bogies in 2020 (CEN/ TC 256/SC 2/WG 13). This group consists of experts from across Europe, representing manufacturers and operators, and we’re currently working on revisions to the bogie system design standard, EN 15827, and the bogie structural design standard, EN 13749. I think it is important to recognise that a well-written standard can encourage innovation, rather than stifle it.

What has been happening with these innovation projects – I imagine progress was hampered by the coronavirus pandemic? Let’s start with the Carbon Fibre Bogie.

COVID-19 has obviously been a challenge, but we’ve still been able to make progress, ensuring we complied with pandemic guidance and rules, and coordinating work remotely where needed.

Nevertheless, the University of Huddersfield was able to complete its testing of the prototype bogie in summer 2021, demonstrating full compliance with the design requirements set out in EN 13749. As previously discussed, fibre optics within the frame (provided by the University of Birmingham) enabled real-time health monitoring of the structure. Magma Structures use this technology in high-end marine applications.

Can you tell us more about the bogie design? Did it achieve the objectives?

The bogie is based on an Alstom design and is constructed principally from recycled carbon fibre material (pioneered by ELG, now Gen2Carbon). Critical areas are reinforced with new material (with unidirectional fibres) to ensure efficient distribution of loads and stresses. One of the key objectives was to save weight: the frame itself is around 60 per cent lighter than the steel bogie it replaces; once the existing bogie components (axleboxes, suspension elements, provided by Alstom) are incorporated, the overall weight reduction is around 35 per cent – still significant.

One original objective was to exploit the inherent flexibility of the material; this could potentially have reduced the need for separate suspension components, reducing both maintenance and operating costs. However, we agreed early in the project not to pursue this.

Were there any significant challenges?

I think the first challenge was finding a resin that would be able meet the stringent fire regulations for rolling stock components (EN 45545-2) whilst supporting the structural strength of the final composite. In the end, the fire testing showed that the material performed better than expected. Another challenge, both for design and manufacture, was integrating the metal mountings for the bogie components into the frame; Magma Structures are used to achieving this in the marine environment and provided their expertise in this area.

Now the technology has been proven in the laboratory environment, it is hoped that industry will support the manufacture and on-track testing of two further bogies. There is also the potential for further developments. For one, the manufacture of the prototype was somewhat labour intensive; series production could easily be adapted for automation. We could also look further into that original objective of incorporating some of the suspension functionality into the frame itself.

In the meantime, you may be aware that RSSB is joint host of the World Conference of Railway Research (WCRR) in Birmingham; this will include a technical presentation on the Carbon Fibre Bogie.

Sounds promising! Has there been similar progress with the Formula One technology – inerters? Has it been a long journey from the racetrack to the railway track?

I think the answer in this case is yes and no. As a reminder, inerters were pioneered by the University of Cambridge and were used to improve tyre contact in Formula One racing (‘J-damper’). An inerter is the mechanical analogue of an electrical capacitor; it produces a force proportional to the relative acceleration between its ends. An inerter the size of a typical hydraulic damper, weighing a few kilograms, can provide over a tonne of effective inertia, termed inertance.

The idea for rail was to use this inertance to reduce the primary yaw stiffness (PYS) of a bogie. This is a factor in Network Rail’s Variable Usage Charge (VUC). Bogies with high PYS generally impart high forces at the wheel-rail interface, leading to relatively high wear rates for both wheel and rail. Low PYS improves the ability of the bogie to negotiate track curvature, reducing wear, but often at the expense of a detrimental effect on passenger ride comfort. Inerters offered the potential to realise the benefits of reduced PYS without the associated adverse effects.

The project started with simple theoretical vehicle models, which demonstrated clear potential. Further studies, conducted by the University of Bristol and the University of Huddersfield, showed that reducing PYS is possible without adversely affecting the vehicle dynamic performance (including ride). The studies have covered the full suite of vehicle dynamics requirements from Railway Group Standards.

Theory is one thing; what about the practical implementation?

That is where the real challenge came in. For one thing, the high acceleration environment (of the order of 100g) is a challenge for any component, but the main difficulty was simply in finding the space to incorporate an inerter. So, rather than the original design concept (that looks a bit like a traditional hydraulic damper), attention was turned to using hydraulic fluid and orifice damping to achieve a similar effect. In the end, the most practical implementation was to replace the radial arm bush with a device that has almost zero longitudinal stiffness, using lateral stiffness to achieve a 97.2 per cent reduction in PYS; this was shown to result in an approximate VUC reduction of 39 per cent.

What are the next steps for this?

Similar to the Carbon Fibre Bogie, RSSB and the project team are currently seeking collaboration with industry to develop a proof of concept and demonstrate its viability. We’re also looking at using inerters to improve pantograph interaction with overhead lines. And you won’t be surprised that inerters will also feature at WCRR!

The inerter is essentially a passive component; am I right in thinking the third project is active?

Who was involved, and how does it work?

The consortium included Liebherr-Transportation Systems, Grand Central Rail (part of Arriva Group) and NewRail (The Centre for Railway Research at Newcastle University). The mechanism is designed to better align the axle with the radius of a curve, reducing the angle of attack, which then reduces the forces at the wheel-rail interface.

How has the project progressed?

Following modelling, the Liebherr ARSS was retrofitted to an existing UK bogie design and tests of the system were successfully performed on a private railway in December 2020. The test vehicle had one bogie fitted with the system and one unmodified bogie; both bogies were instrumented. The testing showed good agreement with the simulations: a reduction in the angle of attack and a resulting drop in wheel-rail forces. These tests were necessarily limited by the permissible speeds on the private railway, but analysis of the test data concluded that the device performed as predicted. The consortium is now looking to commercialise the concept.

Will this also be featured at WCRR?

Unfortunately not. However, there are other related workstreams that will feature, such as: