Urban mobility is currently undergoing somewhat of a paradigm shift. What once was the exclusive domain of private cars, now offers a myriad of intermodal transportation solutions, demonstrating a marked shift in the way individuals traverse towns and cities. The boundaries of such areas are increasingly defined by the time it takes to reach the centre, and less by the distance to the centre itself. In this context, it becomes increasingly important to develop efficient public transportation systems that people can actually use. In this article, Maurizio Gentile, CEO and General Manager of Rete Ferroviaria Italiana (RFI), shares Italy’s infrastructure development plans for the coming years and his vision for the future role of railways. 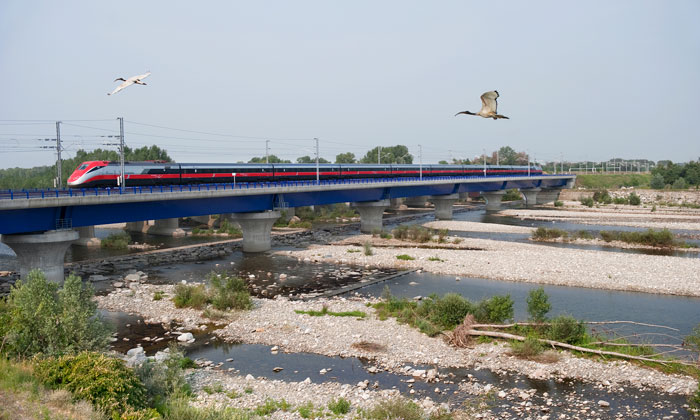 INVESTING in new railway infrastructure and the potentiation of the existing one is fundamental to fulfil the needs of both the public and the companies involved, whether it be for in-city, regional, medium- or long-haul trips. These goals can be attained by means of the so-called ‘iron treatment’, an expression used by the Italian Minister of Infrastructure and Transports, Graziano Delrio, to mean a series of interventions that constitute a transport strategy that focuses on improving mobility in the short-, medium- and long-term.

This ‘iron treatment’ is already a reality: thanks to important funds made available by the Italian government, Rete Ferroviaria Italiana (RFI), the company that manages the country’s infrastructure, expects to undergo works worth approximately €60 billion in the next 10 years.

This represents a significant investment for Italian railways and exceeds what was spent in the previous decade to build the Italian High-Speed/High-Capacity branch connecting Turin and Salerno. That development radically changed the travelling habits of millions of Italians who travel for business, tourism and leisure, as it connects large cities that are geographically distant in a short space of time.

With an average expenditure of just under €6 billion per year, RFI aims to complete connections with the European railways, improve the performance of the existing railway network, and strengthen its regional and metropolitan lines.

Of particular importance will be the new trans-border passes, which are part of the completing works for the TEN-T European network. and Italy is one of the main players in this project, crossed as it is by four of the 10 corridors: Scandinavia-Mediterranean, connecting Helsinki to La Valletta through the Brenner Tunnel, currently under construction; Rhine-Alps, from the port of Genoa to those of Antwerp and Rotterdam; the Mediterranean, from the Iberian Peninsula to the borders with Ukraine, crossing the transversal Turin-Trieste; and the Baltic-Adriatic, from Ravenna to Gdansk. The new passes will make the transportation of goods by railway more competitive, promoting Italian ports connected to the country’s railways and therefore allowing for more frequent and rapid connections, gentle slopes for heavier, longer trains, and tunnel gauge for semitrailers. This will contribute to modal re-balancing, which is the goal of the European White Paper, one of the references of the TEN-T Corridors.

RFI is also busy completing the Italian High-Speed/High-Capacity System towards the northeast, with the new fast lines between Brescia, Verona and Padua. This is in addition to the new fast line between Naples and Bari, the Third Giovi Pass on the Rhine-Alps Corridor, the Palermo– Catania–Messina route, and, still on the theme of modal integration, the connection of national strategic ports and airports with the national railway network.

To ensure the attainment of these goals, RFI – following the strategic guidelines of the Ministry of Infrastructure and Transports – is applying the logic of high network speed to its projects: potentiating and improving existing lines means shorter construction times and lower costs than building new lines from scratch. This also ensures that railway connections are guaranteed for fast passenger and goods trains, with regularity and punctuality, thanks to the installation of last-generation technologies.

Improving the infrastructure system for urban, metropolitan and regional train lines, where a large portion of the economic and social development of Italian cities is at stake, is undoubtedly the most ambitious goal of RFI’s programme for the upcoming decade. Several building sites are already set up to build new infrastructure in metropolitan cities and lines to connect the city centre with the suburbs.

The common thread that connects all manner of interventions is the installation of new technologies for safe timing between trains. This markedly improves the management of train traffic, increases the capacity of the railways available to transportation companies, improves the reliability of the entire infrastructure, and aids the anticipation of network defects and anomalies by means of a predictive logic based on fixed and mobile diagnostics. RFI fully adheres to the European technical standards of interoperability and continuously researches new technological solutions, such as the latest ones we have been testing in our urban hubs and secondary regional lines. This includes ERTMS HD (High-Density) and the ERSAT system, which may become the new standards for metropolitan and regional transportation.

ERTMS HD is the evolution of ERTMS/ETCS Level 2, the single and shared signalling system selected by EU member states for the interoperability of traffic and the safe circulation of trains from different countries on railways all over Europe. ERTMS HD can significantly increase traffic capacity in the hubs without the need to build more tracks, going above and beyond the necessary safety standards. Train circulation will be managed in a fluid fashion, according to the position and speed of the trains. In the future, the static management with line sections of approximately 1,350m will be replaced by a distance of just 350m between each train (i.e. a train every three minutes), thanks to the dynamic management made possible by this solution.

For conventional secondary lines with little traffic, the innovation of the future is ERSAT-EAV. This system, whose pilot site has been installed in Sardinia, will interface and integrate the ERTMS railway technology with the Galileo navigation and satellite localisation system, owing to the contribution of the European Space Agency (ESA), the Italian Space Agency (ASI), and the European Global Navigation Satellite Systems Agency (GSA). So-called dialogue between land and train – and therefore the transmission of data and information – will be enabled by the devices installed on the trains and the base radios installed at 7km intervals, almost eliminating the need for the land subsystems currently used in ‘traditional’ ERTMS. ERSAT will help reduce costs related to installation, management and maintenance, making even lines with less traffic economically viable. It can be installed on almost 45% of the Italian conventional secondary network – replacing the current safety systems – and on a large part of the European networks.

In the context of reinvigorating train services to again be the core of intermodal and integrated mobility, stations themselves can adopt a new role, becoming venues for the towns, points of reference in large Italian cities and part of a complex system in which travel is a large factor, but not the only one. The new concept of a station maintains its primary characteristic of a transportation hub, but is no longer exclusively tied to its vocation of starting and ending a journey from A to B. Instead it can boast a new meaning, with extra-urban environments that are often very isolated, returning their identity and requalifying them from the architectural, urbanistic and social points of view. In other words, stations and the architecture that characterises them are no longer interpreted as a threshold, or a structure that marks the separation between two defined and separated realities – one being dynamic, the trip itself, and the other, the city, a static one. On the contrary; stations become a fundamental part of the mobility experience for citizens, and are strictly rooted in the civil and urban fabric that hosts them.

Train stations are destined to become authentic intermodal hubs, capable of offering the convenience of choice of different ways of moving around from a single starting point: long-haul, regional, or urban transportation on either railway or wheels, bike or car-sharing, taxis or private cars.

MAURIZIO GENTILE is CEO and General Manager of Rete Ferroviaria Italiana (RFI). He received a degree in Civil Engineering in 1981 from Sapienza University of Rome and began his career at Italian Railways in 1982 as an Inspector in Florence. Other positions held by Maurizio include President and CEO of TFB – Tunnel Ferroviario del Brennero; Board Member of the ERTMS Stakeholders Platform; President of CIFI (Italian Railway Engineers’ College); Counsellor of Advisory Board of Brenner Basistunnel BBT-SE; and Member of the Management Board of the European Union Agency for Railways (EUAR). 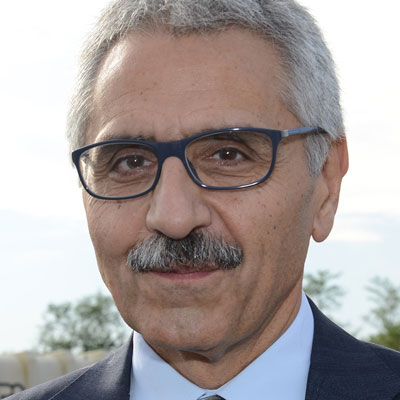