For our ‘Improving Rail’s Environmental Impact’ series, John Smith, Managing Director of GB Railfreight, writes that rail freight has a vital role to play in helping the UK meet some of its most significant challenges, including the immediate challenge of responding to COVID-19, and the longer-term challenge of helping the UK to meet its net zero emissions targets. 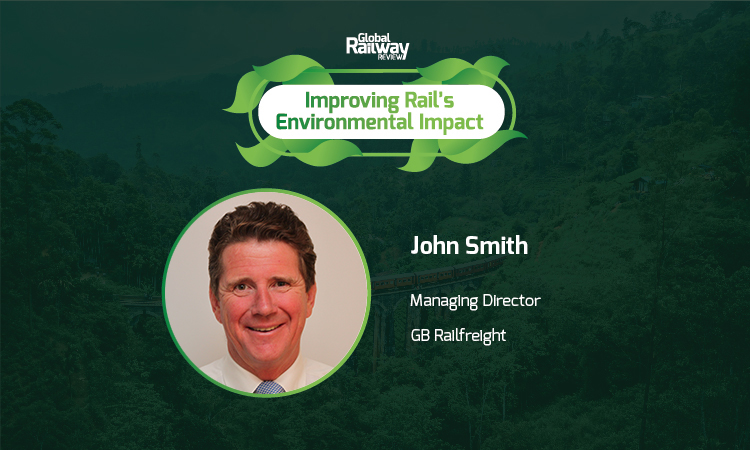 The world is gripped by the COVID-19 outbreak and the economic consequences of the global shutdown. Rail freight is playing an important role in dealing with this challenge and securing supply chains.

The role of rail freight to support the COVID-19 response

The focus on the role of rail freight to support the COVID-19 response builds on recent growth of the industry, as businesses look at more environmentally sustainable ways to move freight.

Our services are playing a vital role in ensuring the continuation of supplies. We are running services from ports such as London Gateway, Southampton, Felixstowe and Teesport to distribution centres across the country. These flows are ensuring that warehouses remain stocked and supermarkets and other essential retailers remain supplied. GB Railfreight (GBRf) – one of the UK’s largest rail freight operators – is transporting increasing amounts of containerised goods arriving at UK ports, including vital supplies such as pasta, rice, canned goods and toiletries, as well as Australian wine.

Our railway network is normally very congested, but the reduction in passenger traffic has opened up new capacity for increased rail freight services to meet the demand from businesses for more freight capacity.

Rail freight has the advantage of being able to move large volumes. A train driven by one driver can move between 40 to 70 equivalent lorry loads, therefore ensuring that goods can keep moving, even if the freight sector is hit by labour shortages due to sickness or self-isolation.

The focus on the role of rail freight to support the COVID-19 response builds on recent growth of the industry, as businesses look at more environmentally sustainable ways to move freight. 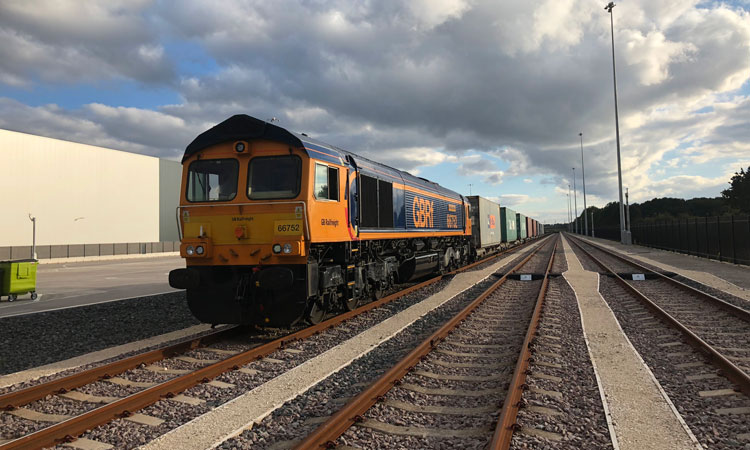 A train driven by one driver can move between 40 to 70 equivalent lorry loads.

An average freight train moves the equivalent of 40-70 HGV loads while only emitting 25 per cent of the equivalent carbon emissions as road transport. When combined with rail’s advantageous performance in terms of nitrogen dioxide and particulate matter emissions, rail freight demonstrates a clear contribution to the challenge of meeting the UK’s carbon-cutting targets.

In its recent policy paper on decarbonising transport, the Department for Transport (DfT) agreed that rail is already one of the most carbon efficient forms of moving goods over long distances and its environmental performance is improving further. The level of CO2 emissions per freight tonne kilometre in 2018-2019 was 4.1 per cent lower than the equivalent figure for 2017-2018.

We are pleased that the government recognises the economic and environmental benefits of rail freight, including an investment of £235 million into the Strategic Freight Network between 2014 to 2019 to improve the capacity and capability of the rail network for freight. We hope that the government will build on this recognition of advantages that the sector can bring in terms of reducing emissions and supporting the need for economic recovery once COVID-19 restrictions are lifted.

The two areas of the economy that most need to improve if the UK is to reach its ambitious goal of net zero by 2050 are transport and agriculture.

The two areas of the economy that most need to improve if the UK is to reach its ambitious goal of net-zero by 2050 are transport and agriculture. GBRf, the company I run, is working hard to play its part in the decarbonisation of transport in the UK.

In September 2019, we announced a new intermodal service moving containers from Southampton to Manchester, which marked GBRf’s continued expansion into the intermodal market moving goods from ports to distribution centres. Intermodal traffic now accounts for approximately 36 per cent of all rail freight industry-wide.

Supporting shift from road to rail

Successive British governments have recognised the positive environmental impact of supporting businesses to move freight transportation from road to rail through the Mode Shift Revenue Support grant scheme. While the total spending on the grant is small, it does play an important role in supporting the rail freight sector. DfT’s own analysis suggests that the grant supports the removal of nearly a million lorry journeys per year. The continuation of this grant will play an important role in supporting further shifts from road to more sustainable rail services. Given its effectiveness, we believe that the government should consider extensions to the grant and how it could support more freight to be moved by rail. 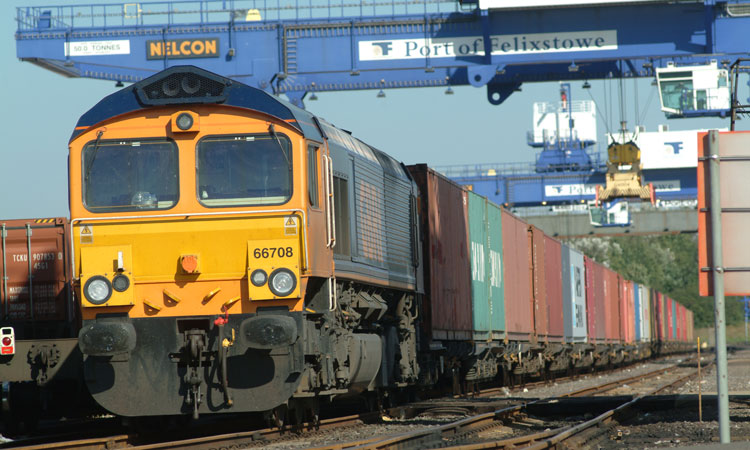 Rail freight demonstrates a clear contribution to the challenge of meeting the UK’s carbon-cutting targets.

The government has also set a target of 2040 for the removal of diesel locomotives from the railway. This is a challenge for the sector, as freight locomotives need significant traction power to pull large loads. Electric traction is one option for the freight sector, but we are a long way from being able to provide electric power to all rail lines. This means that freight operators are focusing on electro-diesel locomotives, which can use electric traction where overhead lines are available and diesel in other areas.

These locomotives are significantly more expensive and are currently uneconomic for a sector which operates on low margins. We believe that the government should look at options to provide targeted financial support for the adoption of electro-diesel locomotives, which would support them in delivering on their target of totally removing diesel from the rail network and support an increased proportion of freight traffic moving from road to rail.

In addition to that, congestion on the railways has been a barrier to the expansion of new freight, as well as passenger services. This is why we have been strong supporters of HS2 and have voiced our support for it to be extended across the Midlands and the North. Not only would HS2 free-up capacity for passenger services along the West Coast mainline, it would also benefit the rail freight sector, all of which would contribute positively to the environment.

The COVID-19 restrictions mean that more people are turning to internet shopping, building on the significant growth of online shopping over recent years. We’re asking ourselves how rail could play a role in making these deliveries more sustainable. We are exploring converting old InterCity 125 high-speed trains into fast freight services that can move internet shopping orders into London overnight, ready for delivery next morning. This would increase the speed of deliveries and lessen their environmental impact.

John Smith founded GB Railfreight (GBRf) in 1999 and is the company’s Managing Director. He has worked in the rail industry for 42 years. In 1977, John joined British Rail, managing rolling stock maintenance at various locations, including York, Longsight, Bounds Ground, Willesden and Wembley, before eventually becoming Deputy Managing Director at rail operator Anglia Railways. He decided to set up GBRf in 1999 in order to undertake more open access work on the rail system. John graduated from Loughborough University in 1982 as a mechanical engineer. He is currently a member of the Institute of Mechanical Engineers.