First HS2 station to gain planning approval has been announced

Set to be one of the most environmentally-friendly railway stations in the world, HS2’s new Curzon Street ‘world class’ station in Birmingham has been given planning permission by Birmingham City Council.

The new Curzon Street HS2 station in Birmingham will be net-zero carbon in operation, and will adopt the latest eco-friendly design and sustainable technologies including capturing rainwater and sustainable power generation, with over 2,800m2 of solar panels located on platform canopies. It is designed to meet a ‘BREEAM excellent’ standard which is an industry-recognised standard for buildings that reduce energy usage and materials waste, and minimise impact on the natural environment. 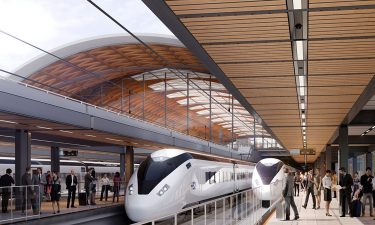 Three planning applications for the new station and the surrounding landscaping were approved by the Council’s planning committee on 23 April 2020, with the Council’s report concluding the station design “is truly world class”.

Curzon Street station will be the first brand new intercity terminus station built in Britain since the since the 19th century. Eventually, there will be nine trains per hour onto the high-speed network in each direction from the station.

The Council’s report also concluded that “the elegant and (deceptively) simple form of the main station building clearly reads as a railway station and harks back to traditional station architecture, delivering this in a confident and contemporary way.” It also said the station’s public realm “provides a high quality urban environment,” and “will be of much wider benefit than just users of the station, providing key connections to the knowledge quarter and Digbeth.”

Matthew Botelle, HS2 Ltd’s Stations Director, said: “Eco-friendly innovations are a fundamental part of our plans, with the station designed to achieve zero carbon emissions from day-to-day energy consumption. This makes it highly efficient by generating energy through a range of different technologies to maximise natural resources such as sunlight and water. Our design also allows for future improvements to the public space to ensure inclusive, seamless transport connections for local people, provide opportunities for retail and commercial development, and help drive local investment and regeneration. Now that we’ve been given approval, we will continue to work with Birmingham City Council, Transport for the West Midlands, Midland Metro Alliance and Network Rail to make sure that the station is well connected.” 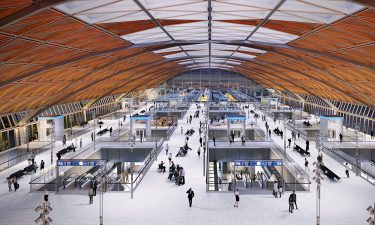 The design also improves access to different modes of transport. The Midland Metro runs alongside and underneath the station, while accessible pedestrian routes lead to local bus services, Sprint rapid transit bus services and other train services. Cycle parking has also been incorporated, providing space for more than 550 bicycles.

The design ensures accessibility and complements the local setting, with a focus on the open space and landscaping around it. Features include parkland lawns, rain gardens to capture water, wildflower grassland, insect and bird boxes, forest-scale tree planting across the site, and an area of new broadleaf woodland to provide a natural habitat for local wildlife.

HS2 has been working with WSP and Grimshaw Architects LLP on the design for Curzon Street. Initial designs went on display in autumn 2018 and again in January 2020 with more than 300 people providing engagement feedback which was used to inform the design process.

Significant progress has been made on the site of the new station, with demolitions and ground investigations preparing the site for construction, and utility diversions are set to begin in the summer. Procurement for the company to construct the station has already started, with Invitation to Tender set to be launched in summer 2020. 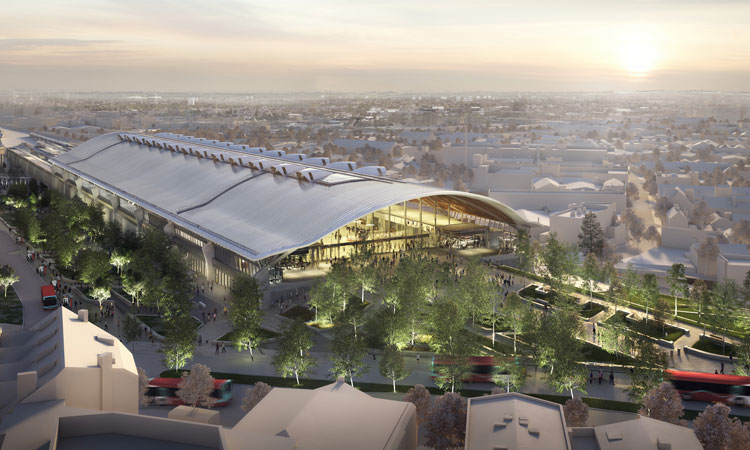