A new report has set out the need to accelerate plans for a northern Britain transport revolution, and proposes incremental rail improvements post COVID-19 to help kick-start the North’s economy back into action. 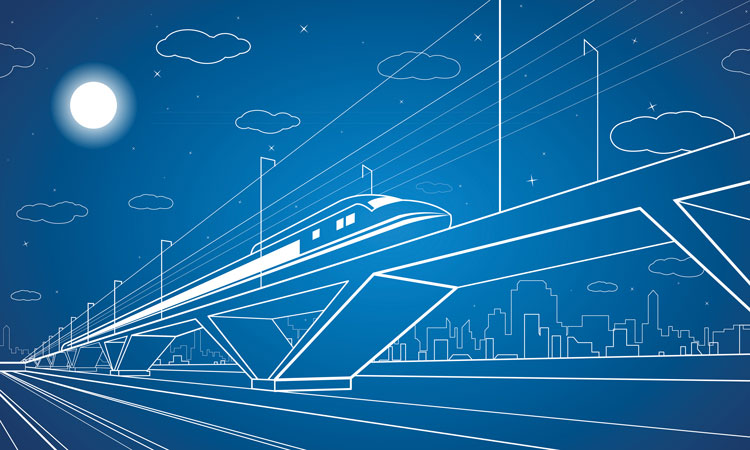 ‘Revisiting High Speed North’ argues that although major rail schemes, including the second phase of HS2 and Northern Powerhouse Rail (NPR), are important and welcomed as a long-term means of levelling up the northern economy and driving change, there are serious problems to be addressed in the North’s rail network in the next 5-10 years that cannot wait for these flagship schemes. An incremental approach of upgrading the existing network needs to start straight away, designed to link up with these major projects to create High Speed North.

Taking action to address the issues in the northern rail network becomes all the more important in the context of the COVID-19 outbreak. Post virus, the government will need to champion public works which are able to quickly deliver on the ground to get the economy moving and to demonstrate results on the decarbonisation and levelling up agendas.

The report is very clear that across the North of Britain, the rail network is overloaded with long-distance, commuter and freight traffic all competing for too little space on the tracks. The consequences for passengers are well understood, but it is impacting freight too, with average freight speeds on the TransPennine route as low as 16mph. Moving freight is vital for the economy and, for environmental reasons, there must be a growing emphasis on expanding the role of rail freight, powered by electric traction.

To build agglomerated economies not just within city centres, but across the North as a whole, the report proposes a number of interventions, including:

Based on an original paper written in 2014 by Professor Peter Hall with Ian Wray and David Thrower on the topic of High Speed North, and following the government’s announcement of their intention to proceed with their own ‘High Speed North’ programme, along with the creation of a new Integrated Rail Plan for North and Midlands, Greengauge 21 commissioned Wray and Thrower, along with Jim Steer, to revisit and update Professor Hall’s plan through this report, bringing it up-to-date to address the current climate.

‘Revisiting High Speed North’ demonstrates that through modular, incremental development, creating better links between intercity and metropolitan networks, the North’s cities and towns can be connected into the long-term prosperity that high-speed rail can bring, and, most importantly, develop an investment path through the next five, 10 and 15 years for upgrades to the rail network.

Report co-authors, Ian Wray, David Thrower and Jim Steer commented: “Simply put, the rail network in Manchester, Liverpool, Leeds and Sheffield does not work – the North deserves better. The North will benefit from the arrival of HS2 and NPR, but these are long-term schemes that will not be delivered to the North until the 2040s. So, it is important that steps are taken in the government’s new Integrated Rail Plan, known as High Speed North, to address immediate concerns in the existing network. It’s not enough to provide fast links between the major cities of the North. It is also essential to overcome existing bottlenecks, and to tie together more distant labour market areas and towns with the centres of the major cities like Leeds, Manchester, Liverpool and Sheffield. Ultimately, we do need a grand design, but we need a realistic delivery programme too.”