The new Electronic Ticket Control Database (ETCD) will improve the ability of railway companies to issue and control rail passenger tickets across multiple countries and will increase security and help prevent fraud. 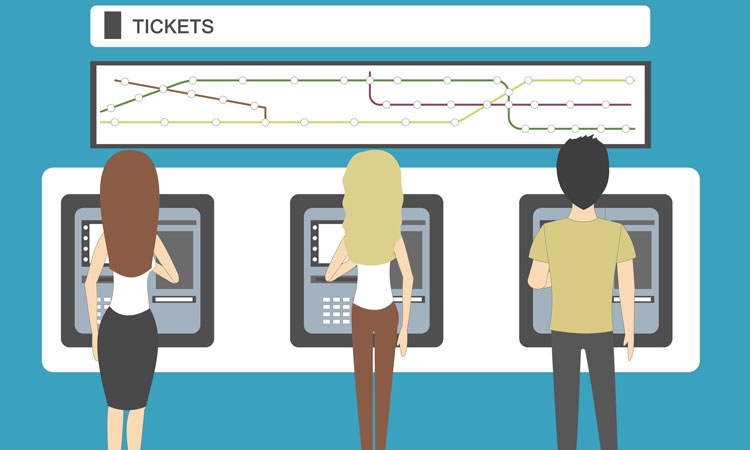 The International Union of Railways (UIC) has awarded Hit Rail B.V. a contract for the provision of its Electronic Ticket Control Database (ETCD). The contract is for a period of up to five years, effective from 1 January 2020. Under the new ETCD service, the UIC now offers a centralised, real-time passenger ticket control system for use by railway companies around the world. The aim is the on-line exchange of ticket control information between ticket issuers and passenger carriers. These exchanges increase ticket security, prevent fraud and reinforce electronic ticketing capabilities.

The ETCD service is provided by Hit Rail in a Software-as-a-Service (SaaS) mode. It has been operational since February 2020 and already several European ticket issuers and passenger carriers are establishing connections to it.

The UIC’s members have now agreed on a common specification for the exchange of ticket control data between ticket issuers and rail carriers controlling the passenger tickets. The ETCD service now provides a central implementation of the ticket control specification, allowing UIC members to exchange information with the central system, involving less complexity and lower implementation costs on their side. The ETCD will become an important foundation for passenger travel based on the increasing adoption of e-tickets.

The ETCD service provided by Hit Rail meets the demanding scalability, performance and security objectives set by the UIC. The architecture supporting the service leverages powerful cloud technologies and is designed from the start to reach a high volume of tickets and downloads and to be capable of supporting future UIC services requiring the storing or checking of ticket data.

The technical components of the solution are deployed in a fully virtualised, leading edge, enterprise-grade cloud environment, for a high degree of flexibility in response to varying loads and future changes. While advanced, these technologies are conceived for corporate use, offering high scalability, performance and availability, all while maintaining a reasonable cost.

Marc Guigon, UIC Passenger Director, said: “ETCD is a new UIC IT solution which is a major application in UIC’s Rail Distribution ecosystem. Indeed, in combination with MERITS (Timetables), PRIFIS (Prices) and Hermes (Reservations), ETCD (Control) will complete the UIC IT distribution framework to offer to all European railways members a cost efficient, robust and standard solution for international rail ticket business.”