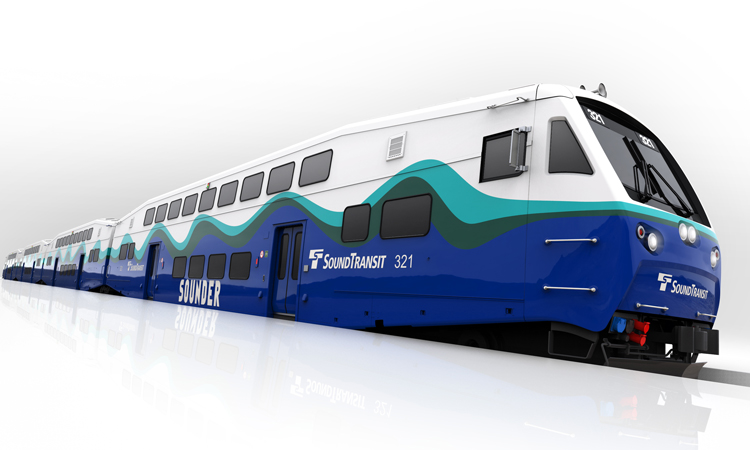 Bombardier Transportation has announced that it has signed contracts to supply 28 Bombardier BiLevel commuter rail cars to two U.S. West Coast transportation authorities in a procurement led by the Central Puget Sound Regional Transit Authority (Sound Transit) in Seattle, Washington. The total combined value of the contracts is approximately $108 million.

The two contracts represent a combination of eight cab cars and 20 coaches, as well as options for 33 additional rail cars. The cars will be built at Bombardier’s manufacturing site in Thunder Bay, Canada, and deliveries are scheduled to begin in the fourth quarter of 2021.

President of Bombardier Transportation‘s American region, Elliot G. Sander, said: “We are very happy to serve our valued, long-term commuter rail car customers as they expand and improve their fleets to meet ridership needs and enhance the passenger experience. These new orders are a demonstration of continued confidence in the BiLevel commuter rail car, a service-proven transit solution that delivers unparalleled reliability.”

First introduced in 1978, the BiLevel car is the most popular double-deck commuter rail car in North America and is in operation at 14 transportation authorities across Canada and the U.S. One of the keys to the BiLevel car’s success has been its ability to adapt to meet frequently changing needs and requirements.

While fully complying with U.S. Federal Railroad Administration (FRA) and American Public Transportation Association (APTA) standards, the BiLevel car is the lightest and most cost-efficient double-deck car in North America.