The Safe Transport Team is a dedicated group of police officers working alongside Translink staff to discourage crime on the network. 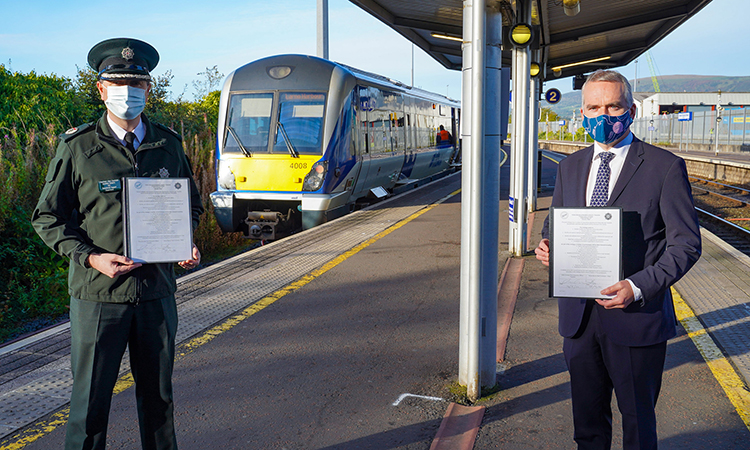 As of 29 September 2020, both organisations are launching an innovative initiative that will see the introduction of a new ‘Safe Transport Team’, consisting of a dedicated team of police officers working alongside the Translink team.

Group Chief Executive at Translink, Chris Conway, said; “Keeping people safe is always our top priority. We have a long-standing relationship with the Police Service of Northern Ireland and routinely work closely with them to ensure that we provide a safe environment for people to work and travel.”

“This new Safe Transport Team trial, which will see officers working alongside the Translink team, travelling across the network to engage with passengers and offer reassurance and guidance, is a further significant step in our partnership to help make Northern Ireland’s public transport network even safer. We look forward to building on this partnership, giving both passengers and staff further confidence to travel safely, as we play our part in the recovery of Northern Ireland and build back responsibly,” Chris concluded.

Speaking at the launch, Assistant Chief Constable, Jonathan Roberts, said; “This six month pilot will see a dedicated team of officers work collaboratively with Translink colleagues and with Local Neighbourhood Teams to help tackle crime and anti-social behaviour at public transport hubs and on-board trains and buses. The aim of the scheme is to provide a visible, reassuring presence for members of the public and help to keep everyone safe.”

“Public transport customers can also play an important role in helping us keep people safe by reporting anything that doesn’t feel right and can assist the Safe Transport Team by reporting any suspicious activity. Officers will regularly travel on the trains and buses ready to listen and act, so please speak with them if you witness any suspicious or criminal activity,” he added.