The UK government is investing £17 million into track and signalling infrastructure to support the lengthening of freight trains at Southampton’s docks. 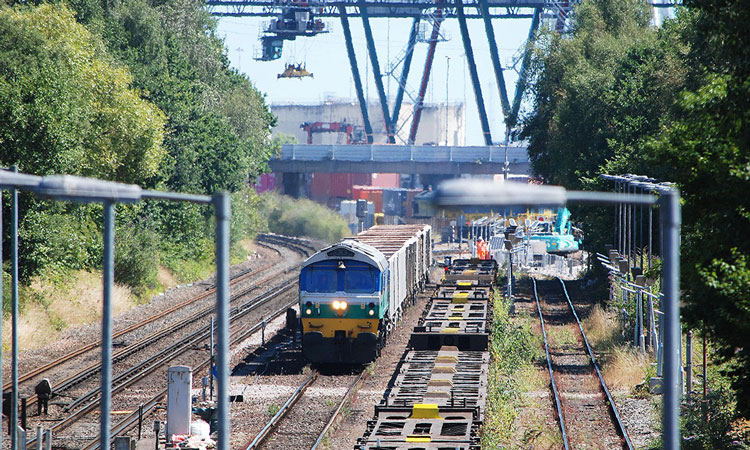 An additional £17 million is to be invested into track and signalling infrastructure to upgrade freight services in Southampton.

Freight services are currently restricted to a length of 520m in the Southampton area. The investment will see this rise to 775m, significantly increasing capacity and allowing an additional seven trailers to be transported on a single service.

The upgrade to freight capacity will give a boost to the nation’s economy and the country’s second busiest container port, increasing the volume of goods transported to and from the Midlands.

The announcement from the UK’s Rail Minister, Chris Heaton-Harris, comes as the UK government looks to support the seamless flow of goods across the country and strengthen links into Southampton’s docks.

“The injection of funding into the expansion of freight capacity will have a profound effect,” commented Chris Heaton-Harris, the UK Rail Minister. “Not only will this lead to a greener and more cost-efficient way to transport freight from Southampton, but the economic benefits will also be substantial.”

Mark Killick, Network Rail’s Wessex Route Director, said: “The railway in Southampton plays a vital role in bringing goods into the country and sending exports overseas. Our upgrades will support up to 14 extra containers for each train, providing a great boost for Britain’s freight network and those businesses relying on it to transport goods to stock shops and materials for industry. It will also help cut down on greenhouse gas emissions, as each container has around the same carrying capacity as a single Heavy Goods Vehicle.”

He noted that the introduction of the longer trains will mean some line closures in January and February 2021, and advised passengers to plan their journeys in advance accordingly.