Progress Rail has reached an agreement with Pacific Harbor Line to supply its new EMD® Joule battery electric locomotive for a demonstration project operating in the Ports of Los Angeles and Long Beach, California. 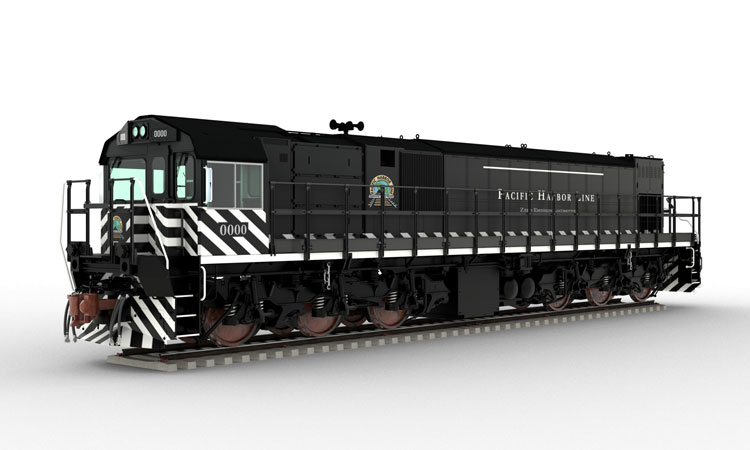 The zero-emission, zero-idle and low noise EMD® Joule locomotive, capable of 3,200 horsepower in this application, will be rigorously tested in all types of service at Pacific Harbor Line (PHL).

Marty Haycraft, President and CEO of Progress Rail, said: “Today’s announcement with PHL builds upon the excitement our team has witnessed in introducing a new battery-powered locomotive for yard and switching applications. We look forward to continuing to address customer needs around the globe, including helping meet or exceed their ambitious environmental requirements and goals with the latest rolling stock technologies.”

Otis Cliatt II, President of PHL, said: “PHL has always been in the forefront of demonstrating and acquiring successful new, low-emission technology. The Joule is the first battery electric switcher locomotive designed by a major locomotive supplier for North America that appears robust enough for the demanding PHL environmen. As such, PHL is pleased to have the opportunity to demonstrate this technology. What Progress Rail and PHL will learn from this demonstration will hopefully advance the prospects for zero-emission locomotive solutions in the San Pedro Bay ports.”

According to the Port of Long Beach, zero-emission cargo movement is the future. Mario Cordero, Executive Director of the Port of Long Beach, said: “We’re very supportive of this effort by Pacific Harbor Line and Progress Rail. PHL is already a national leader in sustainable rail operations, and no one should be surprised to see the company take yet another step forward.”

With its own zero-emission cargo-mover tests and this new project, the Port and its partners are once again demonstrating leadership in developing and advancing clean air technology.

Port of Los Angeles Executive Director, Gene Seroka, said: “Pacific Harbor Line has a long history of using the cleanest rail technology available to serve this port complex. As each of our cargo terminals use PHL services for its on-dock rail, we commend Pacific Harbor Line leadership for taking a prominent role with respect to demonstrating zero-emission rail technology.”

The locomotive includes battery capacity of 2.4 megawatt hours, for a run time of up to 24 hours, depending upon charging and utilisation. It is anticipated for delivery in the second half of 2021.