Amounting to approximately €160 million, the order is for six hydrogen fuel cell trains, with the first train delivery expected within 36 months. 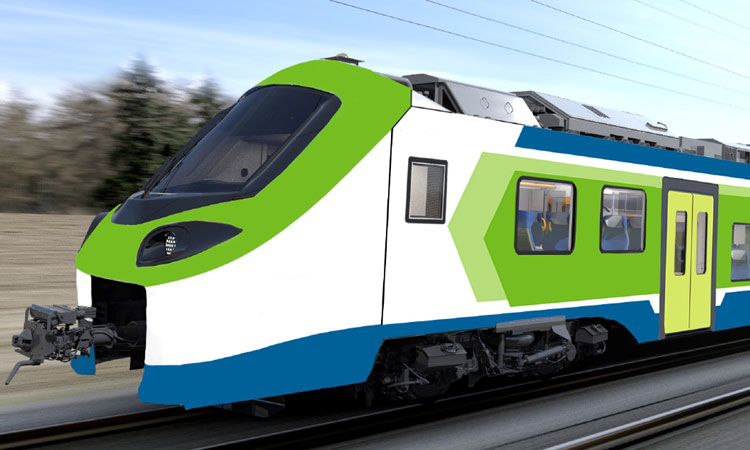 Approved by the board of Ferrovie Nord Milano (FNM), the leading public transport group in the Italian region of Lombardy, Alstom will supply them with six hydrogen fuel cell trains, with the option for eight more.

The new hydrogen trains will be based on Alstom’s Coradia Stream regional train platform, which is dedicated to the European market and already being produced for Italy by Alstom’s main Italian sites. The hydrogen powered Coradia Stream for FNM, will be equipped with the same fuel cell propulsion technology that was introduced to the world by the Coradia iLint. The hydrogen Coradia Stream will maintain the high standards of comfort already appreciated by passengers of its electric version. The hydrogen version will match the operational performance of diesel trains, including their range.

Gian Luca Erbacci, Senior Vice President of Alstom Europe, said: “We are immensely proud to be introducing hydrogen train technology to Italy, and we recognise the trust placed in us by our Italian customer. This development confirms Alstom’s role in defining the future of mobility. These trains, together with the Coradia iLint that have already proven themselves in commercial service in Germany, represent another major step in the transition towards global sustainable transport systems. I take this opportunity to congratulate FNM for demonstrating that they are a leader in this area.”

The Coradia iLint is the world’s first passenger train powered by a hydrogen fuel cell, which produces electrical power for traction. This zero-emission train emits low levels of noise, with exhaust being only steam and condensed water. The iLint is special for its combination of different innovative elements: clean energy conversion, flexible energy storage in batteries, and smart management of traction power and available energy. Specifically designed for operation on non-electrified lines, it enables clean, sustainable train operation while ensuring high levels of performance.

The Coradia Stream trains for FNM will be manufactured by Alstom in Italy. During project development, most of the manufacturing and certification are to be performed at Alstom’s site in Savigliano, and the on-board signalling systems will be delivered by the Bologna site.