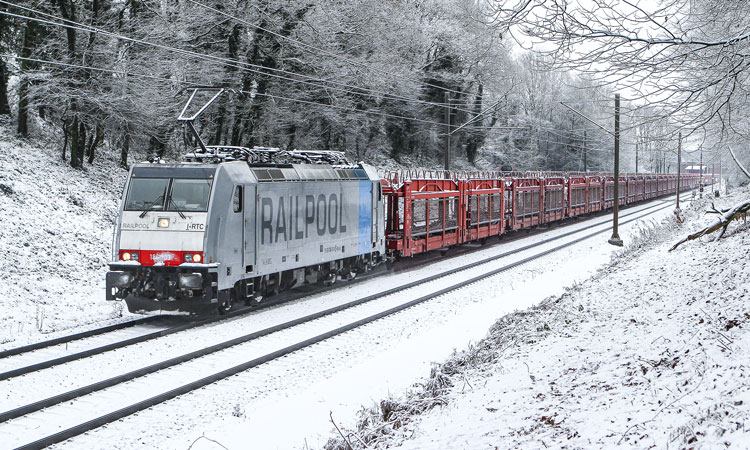 A TRAXX MS locomotive from Railpool on the move near Safenwil in Switzerland. Credit: Bombardier Transportation / Marcel von Eupen/Railpool

Bombardier Transportation and its customer Railpool, one of Europe’s leading rail vehicle leasing companies, have announced the signature of a contract for a European Train Control System (ETCS) Baseline 3 upgrade for 73 of Railpool’s BOMBARDIER TRAXX MS2 locomotives.

The locomotives will be successively upgraded, starting with 39 vehicles for the Netherlands.

This new ETCS standard comes with the following advantages:

Torsten Lehnert, Railpool CEO, said: “The upgrade of these locomotives from ETCS Baseline 2 to ETCS Baseline 3 makes our TRAXX MS2 locomotives more future-proof. The harmonisation coming with ETCS Baseline 3 reduces complexity and increases interoperability. Parts of the track infrastructure won’t be needed any longer. We expect benefits for our customers like higher operational performance, lower infrastructure costs and higher availability after this change.”

Peter Ammann, Head of Global Business Development Locomotives, Bombardier Transportation, said: “The new order is an expansion of our successful partnership with Railpool, with whom we have continuously developed our platform for over a decade and to whom we delivered their 200th TRAXX locomotive only a few weeks ago. Now we are deepening this partnership also in relation to the existing fleet in order to secure the asset value and the competitiveness of the vehicles over the lifetime.”

More than 2,300 TRAXX locomotives have been sold in the last 20 years. The locomotives in operation achieve a total annual mileage of 300 million km – so the locomotives drove around the earth 7,500 times during this period. They are also authorized to operate in 20 countries around the world.