HSRG calls for seven improvements to the UK’s rail network

The High Speed Rail Group (HSRG) has shared the seven key rail improvements it thinks are urgently needed to support growth between the four nations of the United Kingdom. 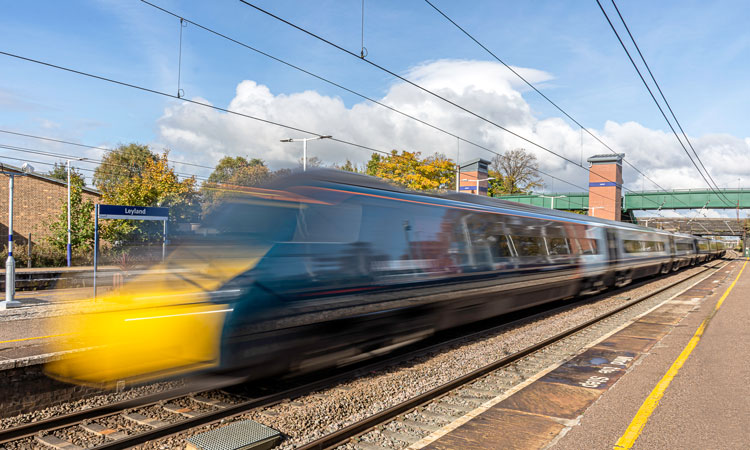 The High Speed Rail Group (HSRG) has used its submission to Sir Peter Hendy’s Union Connectivity Review to call for seven key improvements to the rail network that would in turn strengthen the Union between the four nations of the United Kingdom.

The HSRG has pointed out that improved connectivity between England, Wales, Scotland and Northern Ireland would provide a significant economic boost by linking economies and geographies further, serving the ‘levelling up’ agenda, while also contributing to net zero targets by reducing demand for polluting road and air travel.

The seven proposed improvements called for by HSRG are as follows:

A Crewe–Glasgow/Edinburgh WCML (north) route upgrade to reduce journey times (post-HS2) to 3h10 and ensure there is sufficient capacity to accommodate anticipated demand that HS2 will bring north of Crewe, would drive an economic boost to tourism and city-based growth industries, a significant carbon reduction from air to rail modal shift, more capacity to add freight and reduce long-haul HGV movements and Scottish access to HS1 and the European high-speed rail network.

A WCML (north) upgrade (as above) to add capacity and reduce journey times would deliver carbon reduction from modal shift, in addition to huge expansion of the day/half-day business catchments in four out of 10 of the UK’s biggest city economies.

Converting the ‘Y’ shaped HS2 network to an ‘X’ would provide a direct connection between Cardiff and Edinburgh. The benefits would be the provision of direct rail connections currently missing between Cardiff and Sheffield, Leeds, York, Tees Valley and Newcastle. In addition, it would improve Gloucester’s rail connectivity and make South Wales a beneficiary of HS2. It would also strengthen the case for investment along the northern half of the East Coast Main Line, in both England and Scotland.

An upgrade of the Newport–Crewe railway to accommodate additional and faster services (including between North/Mid Wales and Cardiff) would bring cross-border link enhancements, provision of better north-south cross-Wales connections and better connectivity for the economically weak English border counties, especially Herefordshire.

The Borders railway southern extension would deliver benefits including the useful diversionary route from Carlisle to Edinburgh at times of service disruption and strengthen the Borders region cross-border link in an area of poor roads, no rail service and low productivity.

Route electrification and use of the proposed Manchester Airport western rail link to attract passengers and freight to rail and take pressure off key sections of the national motorway would deliver a boost to major businesses on North Wales/English border, an enhanced labour market catchment for cluster of industries on the Mersey Dee border area.

The provision of a cross-Irish Sea rail tunnel with connecting rail links to Carlisle and Belfast would bind Northern Ireland closer to Great Britain and help address challenges in the post-Brexit Northern Ireland economy, as well as increasing connectivity for South West Scotland.

Jim Steer, HSRG Board Member, said: “There is an urgent need for both new and improved transport links between the four nations of the United Kingdom, which have been systematically neglected for too long. Cross-border travel markets for rail were growing strongly over the period to 2019. Travel generates economic value, but the opportunity for further economic stimulus from this source will be lost if transport network capacity constraints are not addressed. Building on the transformative impact of HS2, HSRG are calling for these cross-border rail links to be addressed as a matter of urgency, safeguarding the strength of the whole of the UK economy in the years ahead.”

Representing companies with experience and an interest in high-speed rail, HSRG is committed to supporting the successful delivery of a world-class high-speed rail network in Britain. Its members have helped deliver major infrastructure projects in the UK and around the world, ranging from creating entirely new high-speed networks through to maintaining and improving the UK’s existing rail network. This gives HSRG a unique insight into both the shortcomings in the current network, and the transformative capacity and connectivity benefits that high-speed rail can bring. Its unique set of expertise in engineering, operations, funding and regulation gives them the experience to ensure the extension of the high-speed rail network leaves a lasting legacy for the UK. The company’s principal objective is: “to support, promote and champion the development of high-speed rail in Great Britain“.