The June 2021 ‘tracker’ carried out by the Community of European Railway and Infrastructure Companies (CER), shows that monthly revenue losses for passenger, freight and infrastructure services since January 2021 have remained consistent (compared to 2019 pre-crisis times). 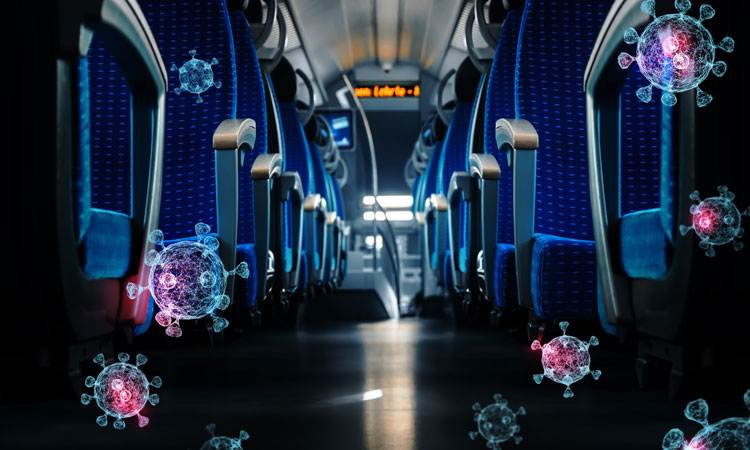 The economic situation of railways in the EU continues to show very little sign of improvement.

Revenues from January to May 2021 have in fact worsened across the board, compared to the second semester of 2020. The June 2021 update of the ‘CER COVID Impact Tracker’, carried out by the Community of European Railway and Infrastructure Companies (CER), shows clearly that reported monthly revenue losses since January 2021 have remained consistent (compared to 2019 pre-crisis times):

This latest round of the CER tracker includes volume data which has been obtained mainly from passenger and infrastructure companies.

Passenger volumes have dropped by 2/3 (-66 per cent) from November 2020 onwards (compared to 2019 levels) and remained at this level until April 2021. May shows a slight improvement at -59 per cent. Revenue losses remain at around -50 per cent. 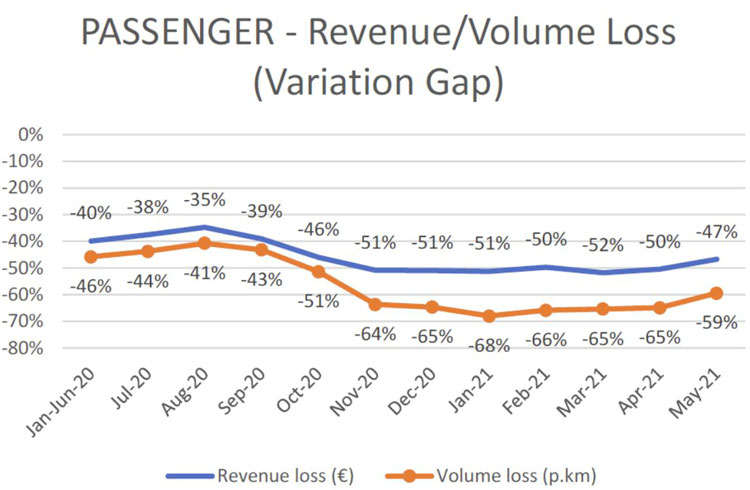 Freigth volume data is insufficient for reporting. But, for those freight operators who delivered data, revenues and volumes tend to vary in about the same proportion: -11 per cent on average since January 2021.

Infrastructure volumes almost returned to normal levels from March to May (-2 per cent in train-km), while revenue losses persisted: -10 per cent. Revenues and volumes tend to vary in about the same proportion for most infrastructure managers, apart from two who have lost significantly more revenues than volumes – these two companies are the reason for the gap shown on the chart. This is linked to reductions of infrastructure charges not compensated by their Member States.

The CER welcomes the European Commission’s decision in June 2021 to extend the reference period of Regulation (EU) 2020/1429, that allows Member States to authorise infrastructure managers to waive, reduce or defer track access and reservation charges until the end of 2021. The rail sector also highly appreciates the approval by the Commission’s Directorate-General for Competition (DG COMP) of several State aid schemes which reduce rail track access charges.

However, it should be noted that the estimated losses of revenues of the infrastructure managers appear much higher in Member States where track access charges were reduced, which shows that it is important that the reduction or waiver, on the basis of Regulation 2020/1429, should always be accompanied by Member States’ compensation of the financial losses suffered by infrastructure managers.

CER Executive Director, Alberto Mazzola, said: “State aid policy of the Commission should be aligned with the EU environmental objectives. Sectors suffering roughly the same amounts of losses in the EU as railways but far less environment-friendly, have received five times more State aid to mitigate negative impact of COVID-19 than rail. It is crucial to redress this imbalance in support.”