On behalf of Alpha Trains, Talbot Services has completed the prototype for the upgrade and refurbishment of a total of 35 Alstom Coradia Continental multiple units for Regio-S-Bahn Bremen/Lower Saxony. 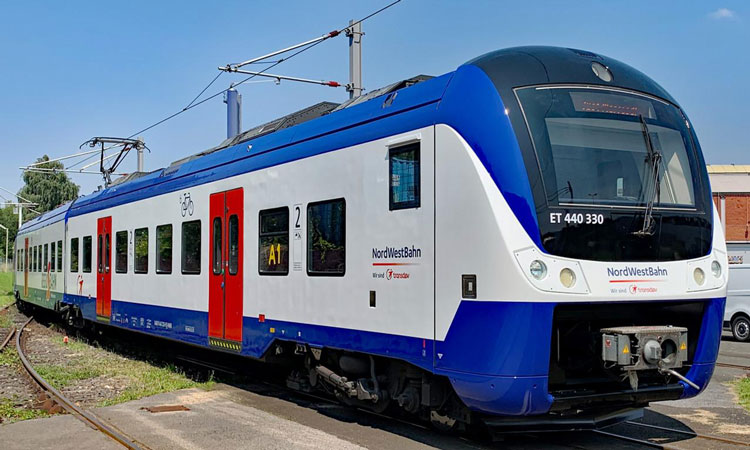 On behalf of Alpha Trains, continental Europe’s largest lessor of trains and locomotives, Talbot Services has completed the prototype for the upgrade and refurbishment of a total of 35 multiple train units of the type Alstom Coradia Continental at the Talbot plant in Aachen.

With the development of this prototype, all the prerequisites are met for the fast and smooth upgrade and refurbishment of the remaining vehicle fleet.

The long-term experience of the Alpha Trains engineering team with modernisation and refurbishment projects is a key advantage in the largest upgrade and refurbishment project in the company’s history. The specifications were drawn up based on the requirements of the public transport authority, the technical specifications were developed in close collaboration with Talbot Services, and the construction of the prototype closely supported by Alpha Trains.

Thomas Schmidt, Managing Director of Alpha Trains Europa GmbH, said: “The prototype is truly impressive. The project is a prime example of how tried and tested rolling stock can be upgraded and refurbished to provide passengers with a level of convenience similar to that of new trains. The overall concept is both sustainable and future-proof due to the considerable savings in terms of resources.”

The previous and current operator of the fleet is NordWestBahn, a subsidiary of the French Transdev Group, which has been operating the trains on the 270km-long network of the Regio-S-Bahn Bremen/Lower Saxony (RSBN) since December 2010. The rail company prevailed in a Europe-wide tender in 2019 and won the order for the new transportation contract running until December 2036.

The refurbishment and modernisation of the further 34 existing trains will be carried out successively from January 2023 onwards, when two trains at a time will be refurbished and upgraded within a six-week period.

The upgrade of the trains includes equipping them with Wi-Fi, including a preliminary set-up for 5G and the installation of a new passenger information system with large screens and real-time information on connecting trains. The vehicles will also be equipped with power sockets for charging e-bikes, a modern video monitoring system, energy-efficient LED lighting, tinted scratch-resistant foil and numerous other power outlets.

The refurbishment includes the new livery in Transdev design and a contemporary interior design with a new seat upholstery and covers, new armrests and tables to complete the picture. Hygiene standards in these refurbished trains will also be far higher and in future they will be fitted with disinfectant and fragrance dispensers in the toilets as well as highly resistant powder coating systems on the handrails.

Accessibility for passengers with limited mobility has also been optimised and includes the installation of a guidance system for the blind, door buttons with a locator tone and improved access to the spacious multi-purpose area designed for prams, wheelchairs and bicycles.

Ulrich Ehrhardt, Managing Director of NordWestBahn, said: “The prototype train offers a great foretaste of what awaits our passengers on the entire Regio-S-Bahn route network from 2023 onwards. With this state-of-the-art technology, we will hopefully be able to convince many more people of the convenience and the advantages of the Regio-S-Bahn network in particular, but also of regional rail transport in general.”

For the change to the winter timetable in December 2022, 16 new Stadler Flirt XL trains will be added to the existing Coradia fleet in order to expand the route network, which means that a total of 51 electric multiple units from Alpha Trains will then be in operation in and around the Hanseatic City Bremen. 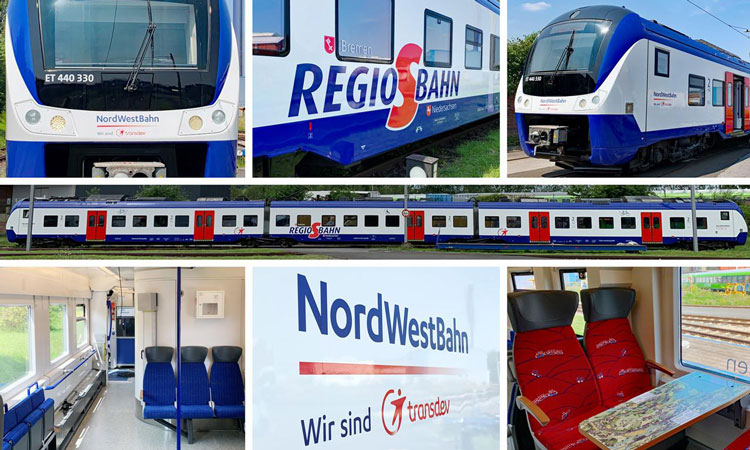