The Office of Rail and Road (ORR) has released data outlining the lowest level of emissions, on record, across Great Britain’s railway network during the COVID-19 pandemic. 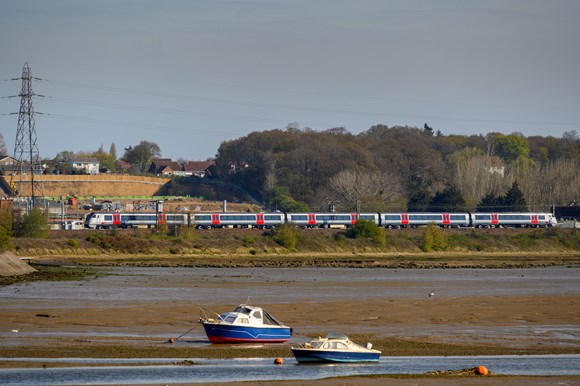 As a result of COVID-19 travel restrictions, both diesel and electricity consumption on the railway reduced, largely due to the fewer trains running across the network, resulting in lower CO2 or equivalent (CO2e) emissions.

Furthermore, diesel used by passenger trains decreased in the last year to 354 million litres, which resulted in 977 kilo tonnes of CO2e emissions between 2020 to 2021, which is a reduction of 26 per cent compared to 2019.

In addition, the amount of electricity used by passenger trains fell by 12 per cent to 3.7 billion kilowatt hours (kWh). Therefore, this led to a 20 per cent decrease in CO2e emissions attributed to electricity generation, from 1,087 kilotonnes in 2019 and 2020 to 868 kilotonnes between 2020 and 2021.

ORR’s data shows that since 2016 to 2017, emissions from electricity usage have been lower compared with emissions from diesel use, despite the increased use of electricity across the rail network. This is predominantly due to a transition towards renewable energy sources imposed by the electricity sector in Great Britain.

Lithuania: The new gateway for freight between Europe and Asia