After travelling 36 days across Europe, including 120 stops, 26 countries, and 33 borders, the Connecting Europe Express has arrived in its final destination of Paris. 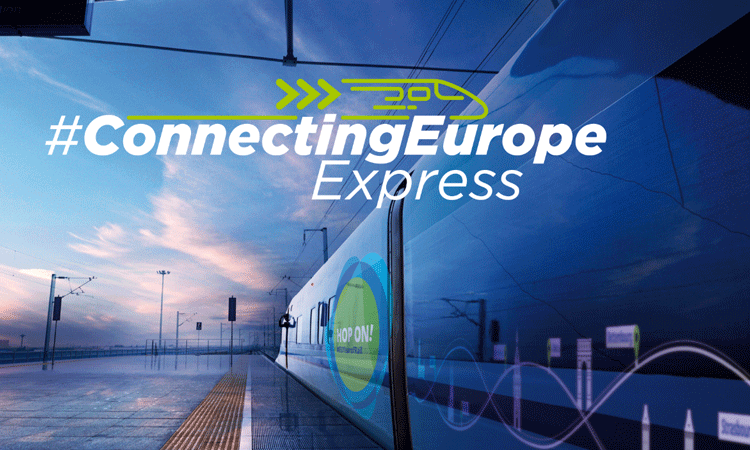 Today (7 October 2021) the Connecting Europe Express reached its final destination of Paris after 36 days travelling across Europe – West to East, North to South, and even visiting neighbours outside the EU.  This train was specially put together for the occasion of the European Year of Rail 2021, aiming to raise awareness of the benefits of rail and the challenges which still need to be overcome. The train made over 120 stops, crossed 26 countries and 33 borders, travelling on three different gauges along the way.

Adina Vălean, Commissioner for Transport said: “The Connecting Europe Express has been a rolling laboratory, revealing in real-time the many achievements of our Single European Rail Area and our TEN-T network to allow for seamless travel across our Union. I would like to extend my heartfelt gratitude to everyone who helped us turn the Connecting Europe Express from an idea into reality, a packed and exciting itinerary, memorable meetings – of minds and persons – and a true flag-bearer for European rail.”

“The Connecting Europe Express has achieved two targets today. Not only has it reached its final destination in Paris but, more importantly, it has highlighted the challenges in cross-border train services,” commented Andreas Matthä, Community of European Railway and Infrastructure Companies (CER) Chair and CEO of Austrian Federal Railways. “If another important target, the Green Deal, is to be a success, it must become as easy to drive a train through EU as it is to drive a truck. For this to be achieved, rail will need more capacity and new investments in infrastructure. Framework conditions must be adapted to create a level playing field between all modes of transport. I congratulate and thank everyone involved in this highly successful project.”

The final event in Paris was an opportunity to present the initial conclusions drawn during the unique train journey. 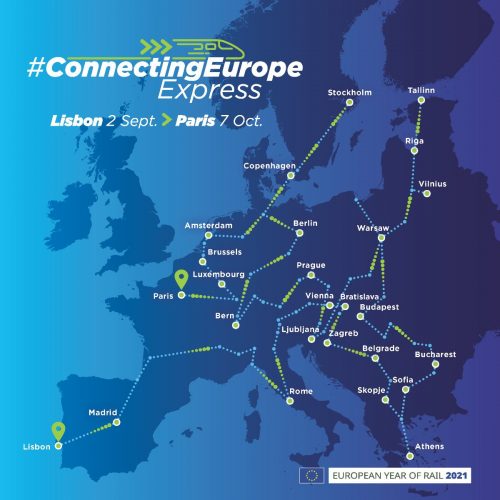 The Connecting Europe Express has been a collective European achievement. It has brought together national, regional and local authorities, society at large and the rail sector, from new entrants and incumbent operators to infrastructure managers and the supply industry. More than 40 partners from the sector joined forces to combine an Austrian sleeper coach with an Italian dining coach, a Swiss panoramic coach, a German seating coach, a French conference coach and a Hungarian exhibition coach; completing the standard gauge train with an Iberian and Baltic train. The railway sector association CER coordinated the technical and operational running of the trains with the 40 plus railway actors involved.