Young activists set to depart for COP26 on a ‘climate train’

The ‘Rail to the COP’ initiative will transport 500 travellers from Amsterdam to Glasgow, with the aim of raising awareness of the importance of rail transport and climate targets. 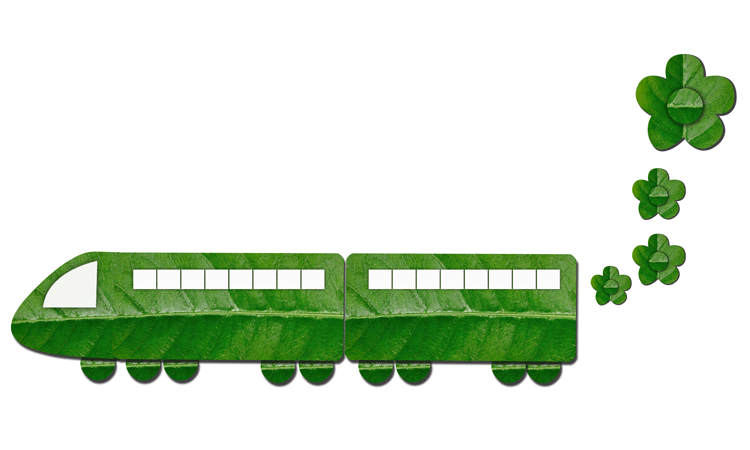 The passengers, many of whom are young people, are heading to COP26, UN’s global climate conference. Rail to the COP is an initiative by the organisation Youth for Sustainable Travel – who in 2019 sailed across the Atlantic Ocean to join COP25. For 2021’s summit in Glasgow, they have chartered an entire train in collaboration with ProRail, Eurostar, and NS to travel from Amsterdam via Rotterdam and Brussels to Glasgow.

The annual UN climate summit, COP26, starts on 1 November 2021 and will be held in Glasgow. Each year, the summit not only attracts policymakers and world leaders, but also attracts public attention. Climate scientists have an advisory role. NGOs such as are present to press for ambitious climate targets and the press captures the negotiations to make it a transparent process. In recent years, the youth movement has also been present in growing numbers. The younger generations are making their voices heard to secure their own future.

This broad interest can also be seen on the climate train. Besides approximately 150 young people, there will be about 110 NGO representatives, 30 climate scientists, 50 representatives of the rail industry, and 50 policymakers and on the train. Including the Dutch, Belgian, and German national delegations.

Mara de Pater, Chair of Youth for Sustainable Travel said: “It is a unique opportunity to have all these different groups together on the train. We organised a programme on the train to bring the different expertise and perspectives into discussion in dialogues and workshops. The core theme in these sessions is: fair and sustainable transition in the travel industry”.

With the initiative, the organisations behind the climate train want to put rail transport on the international political agenda as an important part of reducing greenhouse gas emissions. Within Europe, more and better international train traffic and affordable train prices can form a good alternative to the polluting aircraft.

“However, at the moment, air traffic is much more attractive than the train due to legislation and regulations. Airlines, for example, hardly pay any taxes, whereas train companies do,” commented Mara.

During the conference in Glasgow, both the organisers behind Rail to the COP and the parties from the rail sector – ProRail, NS, and Eurostar – will emphasise the importance of sustainability in the travel industry to international policymakers and national delegations.

The train will depart from Amsterdam Central on 30 October 2021 at 8.47am and will then stop in Rotterdam, Brussels and London. The trip continues with a Avanti West Coast train to Glasgow. There are goodbye events at Rotterdam CS and Brussels Midi.